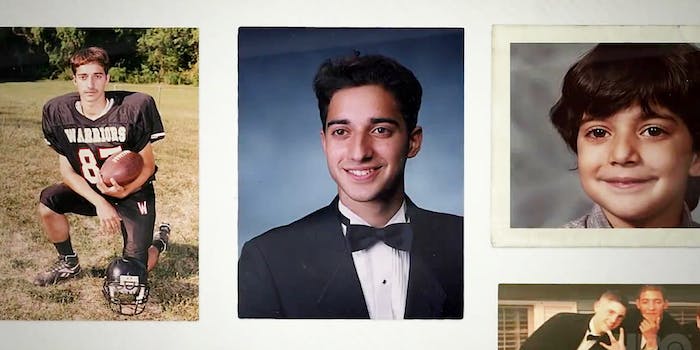 How to watch ‘The Case Against Adnan Syed’ for free

Uncover untold angles from the mystery made famous by 'Serial.'

The true crime mystery made famous by Serial is finally getting a full-blown documentary. The Case Against Adnan Syed will dive into every tiny detail of the perplexing case. It all started in 1999, with the disappearance and murder of 18-year-old Baltimore County student Hae Min Lee, which resulted in the conviction of her ex-boyfriend Adnan Syed. Serial‘s long-form investigation of the case became a full-blown pop-culture phenomenon, garnering attention from online sleuths, investigators, conspiracy theorists, casual listeners, and law enforcement.

The Case Against Adnan Syed re-examines the case, from the events leading up to Lee’s disappearance to the police investigation to the present day, where Syed is awaiting a new trial. The four-part documentary series—directed by Oscar-nominee and true crime documentary veteran Amy Berg—promises groundbreaking revelations leading up to Syed’s retrial, which was granted in light of new evidence regarding cell phone data and more. Berg was granted exclusive access to Syed’s defense team, the Syed family, Lee and Syed’s friends, teachers, and members of the City of Baltimore law enforcement.

Here’s how to watch The Case Against Adnan Syed online for free.

What channel is The Case Against Adnan Syed on?

The Case Against Adnan Syed will be available exclusively on HBO.

When does The Case Against Adnan Syed premier?

Part 1 of The Case Against Adnan Syed will premiere on HBO on Sunday, March 10 at 9pm EST. Parts 2, 3, and 4 will air the following Sundays at 9pm EST.

How to watch The Case Against Adnan Syed online for free

The Adnan Syed documentary will only be available on HBO. But there are plenty of options to access the premium cable channel for free… at least for a week, anyway.

HBO is one of the best standalone channels available for purchase on Amazon Prime Video. If you’re a Prime subscriber, it’s a convenient place to keep your HBO subscription,and costs the usual $14.99 a month.

If all you want is HBO, its proprietary on-demand service HBO Now will give you instant access to the channel’s entire history of his shows, movies, and documentaries, along with the ability to live stream new shows and specials.

Adding HBO to your Hulu account is easy as pie. If you’re looking for an online cable package that comes with all that great Hulu on-demand content, Hulu With Live TV is a great offer at a great price. You’ll have almost 60 channels to flip through, including HGTV, a full suite of ESPN channels, Cartoon Network, FX, and even deep cuts like Nat Geo Wild and Syfy. Whichever Hulu package you choose, adding HBO will cost $14.99 a month, after your free trial expires. (Here’s the complete list of Hulu Live TV channels.)

If you have a PS4 and want your gaming and streaming needs met in the same place, PlayStation Vue is for you. Jumping from your favorite game to your favorite show is seamless, and controlling it is as intuitive as playing an actual game. You don’t need a PS4 to enjoy this service, though. You can also use a Roku, Amazon Fire devices, and Kodi. Plus, you’ll get channels like AMC, BBC America, and Bravo in PlayStation Vue’s entry-level package. One subscription works with up to five devices, all with unlimited cloud DVR storage making it one of the most binge-friendly solutions. (Here are all of PlayStation Vue channels.)

Cable giant DirecTV offers its own online streaming solution with DirecTV Now. For those who need a pile of channels, DirecTV Now offers upwards of 125 channels in its most expensive package, in case you want to relive the days of endless surfing. However, its basic Live a Little Plan will cover most of your live-streaming needs, including the lowest price for HBO at only $5 a month. (You can find the full list of DirecTV Now channels here.)