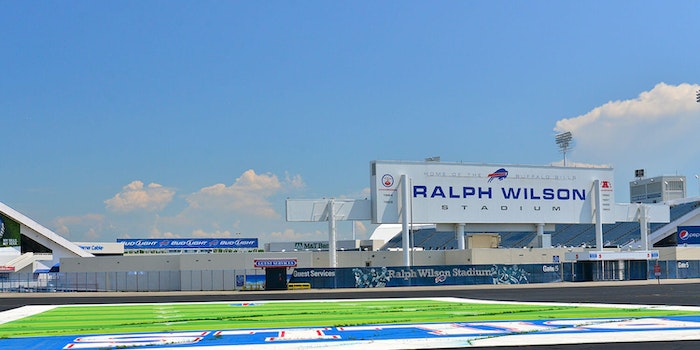 How to stream Bills vs. Bengals in NFL Week 3 action

Can the Bills continue their strong start against a struggling Bengals team?

Are the Bills for real?

The Buffalo Bills are flying high after back-to-back road wins against the NFL’s two New York teams. Next, they head home to face a struggling Cincinnati Bengals team. Though these first three games are against what looks to be some of the league’s weaker teams, the Bills could emerge 3-0 in an AFC where a number of perennial contenders have struggled.

Bills quarterback Josh Allen has not played flawlessly, but he has played reasonably well. His solid play, combined with a surprisingly effective ground game led by Devin Singletary and the ageless Frank Gore, has made for a potent offense.

John Brown has looked comfortable as the top receiving option in Buffalo, averaging nearly 100 yards a game. Like the rest of the offense, he looks good enough.

Buffalo’s defense has been similarly workmanlike and effective. Strong efforts from linebacker Tremaine Edmunds and safety Jordan Poyer buoyed the Bills last week. In Week 1, it was the Bills’ stout front four that stood out.

In a word, the Bills have been solid.

The Bengals, meanwhile, have been shaky. They’re coming off a 41-17 shellacking last week against the 49ers. While this team is generally below average, the linebackers and the offensive line, in particular, might be league-worst units. The entire Cincinnati defense has been unwatchable through two weeks.

The running game, which was supposed to be a strength, has also stalled early on. Last week, the Bengals only gained a total of 25 yards on the ground. This might be largely due to poor O-line play, but whatever the reason, this team cannot win if Andy Dalton has to do it by himself.

There are a number of options for watching Bills vs. Bengals on streaming platforms that carry CBS. However, consult a coverage map to see what game your regional channel will be playing.

Bills vs. Bengals live stream: How to watch NFL online

Bengals vs. Bills: Why it matters

Sorry, Bengals fans, but the reason to watch this game is the Buffalo Bills.

3-0 teams historically have a roughly 75% chance of making the playoffs. This Buffalo team will get the Jets one more time and the Dolphins twice, so even if the Patriots have their number, this could conceivably be a wild card team.

It’s difficult to imagine this squad beating the Patriots or Ravens, but a season where a serviceable Josh Allen mops up also-ran teams on the way to a 10-6 campaign would be a welcome relief for the long-suffering Buffalo fan base. (A 10-6 finish would be the best Bills record since 1999.)

Regardless of how they finish in the standings, this squad should be fun to watch. John Brown is dynamic, and the rushing attack of Gore and Singletary has been an unexpected surprise.

If the Bengals can turn things around this week, the best Cincinnati fans can say is that this team might not be looking at a total rebuild. After nearly a decade of Andy Dalton under center, some fans may be ready for teams like the Bills to put them out of their misery and push them to the top of the draft.