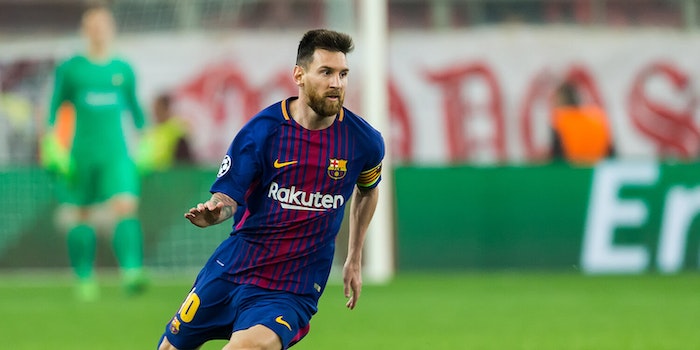 How to stream Barcelona vs. Real Betis

Barcelona lost to Athletic Bilbao in its La Liga opener last week, but now it gets its home fans (and maybe Messi too).

For the first time in 27 months, Real Madrid is above Barcelona in the La Liga table. Since Barcelona lost the opening La Liga match on the first Friday of the season calendar, there was an uncomfortable period of about 18 hours when Barca was 20th in La Liga. Things are shaking out a little after Week One in La Liga, and so this coming Sunday, it’ll be 15th place Real Betis and 16th place Barcelona looking to start their seasons in earnest after what they hope are uncharacteristic first matches.

Here’s everything you need to know to live stream Barcelona vs. Real Betis, including what to watch for on the pitch.

Barcelona vs. Real Betis: Why it matters

Good news for Barcelona fans: Lionel Messi should be returning to action this week from a calf injury that kept him out of the opener. He’ll likely come off the bench rather than start, but even some Messi is better than none at all. Last week, it was Aritz Aduriz scoring an 89th-minute goal to lift Bilbao to the 1-0 win. Despite starting a front line of Antoine Griezmann, Luis Suarez, and Ousmane Dembele, they could only manage two shots on target, with Suarez coming off before halftime with an injury.

For Real Betis, things went south just eight minutes into their opener against Valladolid, when Joel Robles was sent off. They hung tough but eventually conceded a late goal to end up on the losing side of a 2-1 match.

Both of these teams have the talent to ensure they shouldn’t be in the bottom third of the table, but one of them could be there when the final whistle blows on Sunday.