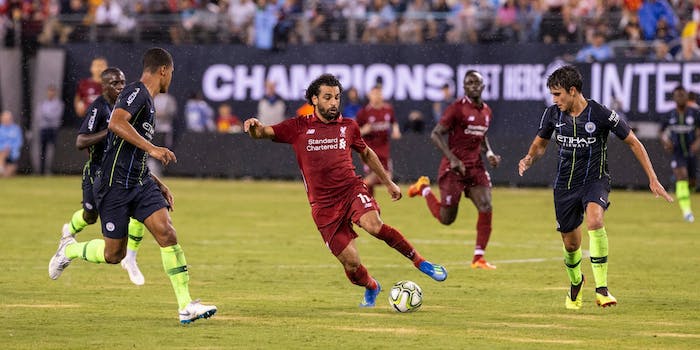 How to watch Barcelona vs. Liverpool online for free

Two of the best teams in Europe this season face off in a Champions League semifinal worthy of a final.

The 2018-19 edition of the UEFA Champions League has given us a semifinals matchup worthy of the finals. Barcelona, hosting the first leg on Wednesday, won another La Liga title over the weekend—its eighth in the past 11 seasons — and the team is in the finals of the Copa del Rey, Spain’s answer to the FA Cup. Yet Barcelona has found Champions League glory relatively elusive. The club last won in 2014-15, breaking up rival Real Madrid’s string of four titles in the past five years. They’ll meet Liverpool, which has enjoyed one of the best Premier League seasons in history—and yet they still could finish second to Manchester City.

PlayStation Vue is a fantastic option for soccer fans who already own a PlayStation console, but this streaming platform is available on a variety of devices. TNT is part of a core package of channels that offer soccer and other sports program, and the options increase at the Elite and Ultra levels.

Barcelona vs. Liverpool: Why it matters

Whoever emerges from this clash of titans will be in the finals to take home the Champions League trophy. If Barcelona wins this series and goes on to win the title, it will continue a recent run of wins from Spain’s two biggest clubs, and it will be another jewel in Lionel Messi’s Thanos glove of club soccer dominance. Liverpool, which won this tournament in 2005, is actually one of two English clubs remaining; they have the possibility to be the first English title-holders since Chelsea surprised Bayern Munich in 2012. Coach Jürgen Klopp has built an electric squad, with Roberto Firmino, Sadio Mane, and Mohamed Salah all potent scorers. They made it to last year’s finals and fell to Real Madrid; they’re definitely eager to return to the title game and get over that last hurdle.