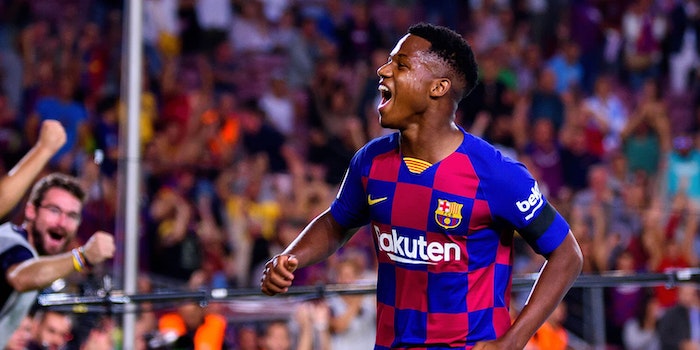 How to stream Barcelona vs. Granada

Barcelona went scoreless in its Champions League opener and is looking to get back to scoring ways as Messi returns.

Barcelona started its Champions League campaign on Tuesday with a scoreless draw against Borussia Dortmund, and Lionel Messi finally returned to the pitch, getting off one of Barca’s best chances to close out the match. It could have been a loss, though, if not for Marc-Andre ter Stegen saving a Marco Reus penalty to preserve the clean sheet.

That looked a whole lot different than last weekend’s 5-2 thumping of Valencia. Barcelona will look to get back to winning ways Saturday, as it travels to play a Granada team just below them in the La Liga standings.

Here’s everything you need to know to live stream Barcelona vs. Granada, including what to watch for on the pitch.

Barcelona vs. Granada: What to watch for

Messi’s back, coming into Tuesday’s Champions League match as a sub for Ansu Fati. Fati, still just 16, has been a revelation for the Blaugrana this season, helping them get over an initial early-season stumble. They’re now fifth in the standings, and with Messi back in the mix, they should be able to fight back into their customary Champions League place and get in striking distance to defend their title.

Granada’s right behind them in sixth place, however, after getting a 2-0 win over ten-man Celta Vigo last Saturday. Veteran striker Roberto Soldado is leading the line for the Nazaries, though it was Manchester City loanee Yangel Herrera and centerback Germán providing the goals in the victory.