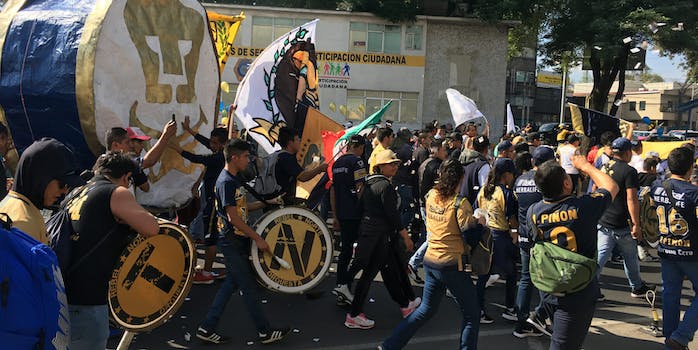 How to watch América vs. Pumas online for free

A berth in the finals is on the line in this high-stakes edition of El Clásico Capitalino.

The Apertura semifinals wrap up Sunday night in Mexico’s Liga MX. Gridlocked at 1-1 after the home leg, Mexico City rivals Pumas and América drive south and resume their rivalry at the historic Estadio Azteca. It’s a matchup of Mexican bluebloods as Pumas goes for its eighth title and América its would-be-record 13th. Is Miguel Herrera ready to write the final chapter of his redemption tale? Watch the América vs. Pumas live stream to see which club will meet Cruz Azul in the finals.

America vs. Pumas live stream: How to watch online for free

Univision, UniMás, and Univision Deportes may be hard to find if you have Dish Network, as contract negotiations between Dish and Univision came to an impasse in July 2018, which also led the channels to be cut from the Dish-owned Sling TV. But there are other options for streaming América vs. Pumas online, and they come with generous free trials.

If you select either of the two options above, you can watch América vs. Pumas on Univision Now, the channel’s standalone app. Another option: You can pay $7.99 per month to live stream both Univision and UniMás live. If that’s all you really care about, it’s a solid deal.

America vs. Pumas: Why it matters

Look, I’ve been a Pumas fan since I could walk. My mother went to U.N.A.M., the giant university that spun-off Pumas. Since 1962, the club has clashed with América in the Clásico Capitalino. It’s the hipster intellectuals with Che Guevara posters (Pumas) against the monolithic titans owned by a national TV network Televisa (América). Despite the fierce rivalry, this semifinal is a showcase for Mexican soccer. América’s head man is Miguel Herrera, the embattled manager who led the national team to a memorable Brazil 2014 World Cup run and was fired for punching a reporter a year later. He’s back coaching the team that catapulted him into international icon status, and I think with the fierce home crowd at Azteca Herrera’s men are clear favorites.