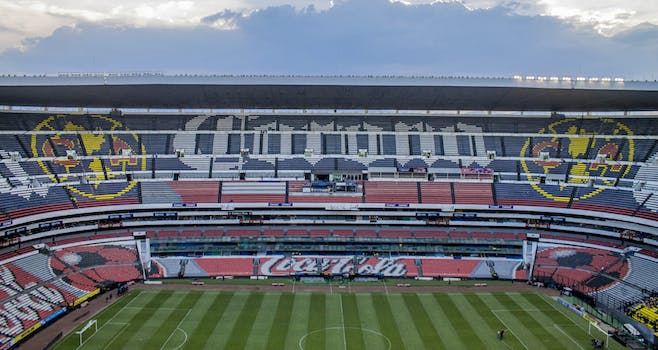 The 2018 Liga MX final is all set between the Apertura tournament’s best clubs, Cruz Azul and Club América. It’s a rematch of the infamous 2013 final where the long-snakebitten Cruz Azul blew a late lead and turned América head man Miguel Herrera into a household meme thanks to his jubilant celebrations. Cruz Azul hasn’t been back to the title game ever since, but this week Mexican legend and longtime keeper Jesus Corona finally has a shot at revenge. Watch the Liga MX final and live stream between Club América and Cruz Azul because, frankly, any American soccer fan worth their hipster scarf knows to crack open a Modelo when it’s time for la gran final—and this Mexico City derby will be no different.

Cruz Azul vs. América live stream: How to watch online for free

Univision, UniMás, and Univision Deportes may be hard to find if you have Dish Network, as contract negotiations between Dish and Univision came to an impasse in July 2018, which also led the channels to be cut from the Dish-owned Sling TV. But there are other options for streaming América vs. Pumas online, and they come with generous free trials.

If you select either of the two options above, you can watch América vs. Pumas on Univision Now, the channel’s standalone app. Another option: You can pay $7.99 per month to live stream both Univision and UniMás live. If that’s all you really care about, it’s a solid deal.

Cruz Azul vs. América: Why it matters

For Cruz Azul, the defense is priority one and a controlled, suffocating back line led La Maquina to the league’s best regular season record and the top seed in the playoffs. But Herrera’s América is in the best form of the season, blowing out Pumas in the semifinals with a six-goal drubbing in leg No. 2 on Sunday after a 1-1 tie to start the semifinal matchup. The club led the league in scoring, and teen phenom Diego Lainez is dragging defenders all over the wings and setting up veteran striker Oribe Peralta for single-coverage, flick-in goals. Given the history of bad vibes for Cruz Azul in big games—the club hasn’t won Liga MX since the ’90s—expect América to win this two-game series convincingly.