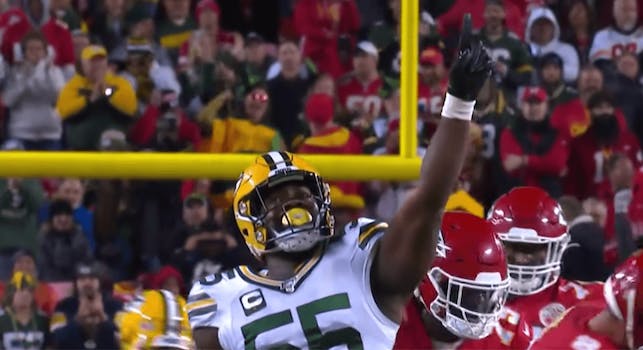 Sunday Night Football: How to stream 49ers vs. Packers

Two of the league's top teams battle it out in prime time.

Even in their one loss this year, the San Francisco 49ers have proven their doubters wrong. The team’s dominant defense and powerful running game have been excellent every single week. But, if there’s one immutable law of the modern NFL, it is to never underestimate Aaron Rodgers and the Green Bay Packers.

This Niners team is known for its defense, led by elite players like Nick Bosa, Dee Ford, and DeForest Buckner. But, in recent weeks, San Francisco’s offense has taken a step forward as quarterback Jimmy Garoppolo has developed a better rapport with his pass-catchers.

In Green Bay, the focus has been on a newly implemented offense and Aaron Rodgers’ subsequent renaissance. A defense that began the season as an elite unit has stumbled all the way to 19th in Defensive DVOA, despite having some of the league’s best pass rushers.

Though both of these teams seem destined for the postseason, San Francisco is the more balanced squad. However, it still remains to be seen how Jimmy G stacks up to Aaron Rodgers in primetime. Here’s everything you need to know to live stream 49ers vs. Packers, including what to watch for on the field.

San Francisco 49ers vs. Green Bay Packers stream: What to watch for

It’s a tough question to answer until we see both teams on the field. Early in the season, it would have been hard to imagine Jimmy G stacking up against Rodgers. In recent weeks, though, the 49ers’ passing game has been much improved. Last week, the running game stalled with Matt Braida sidelined, and Jimmy G threw for 424 yards. A couple weeks before, he put up 317 yards and four TDs. The passing game in San Francisco is no longer an afterthought, thanks to the emergence of Deebo Samuel and Emmanuel Sanders and the continued development of Garoppolo.

The Niners defense keeps humming along at a historic level of excellence. This unit boasts three of the top 25 sack leaders in the NFL in Arik Armstead, Nick Bosa, and Dee Ford anchoring an amazing defensive front line. San Francisco’s defense has traded off with the Patriots for #1 in Defensive DVOA all year, as both teams are playing stunning football.

After a flukey loss to the Chargers, Green Bay got back on track before their bye with a decisive win against the Panthers. In that matchup, we saw more of what has made the Packers offensive so effective. Aaron Jones ran for three TDs, and Rodgers had a fine day, feeding Davante Adams for seven catches and 118 yards.

Though the Pack’s defense isn’t a top tier unit, Preston and Za’Darius Smith have created headaches for opposing QBs.  The linebackers sit at number four and number seven in sacks, respectively. Though you can pass and run on this Green Bay team, they can still put a hurting on an opponent.

This game feels like a toss-up, and the outcome will likely come down to quarterbacking. If Jimmy G can put up a stat line comparable to Rodgers,  his more talented roster should lift the Niners over the Packers. If he can’t stack up to the Green Bay signal-caller, then it may not matter that the rest of his team is so good.

We’ll give a slight edge to the 49ers, but we wouldn’t be surprised if the Packers found a way to win.