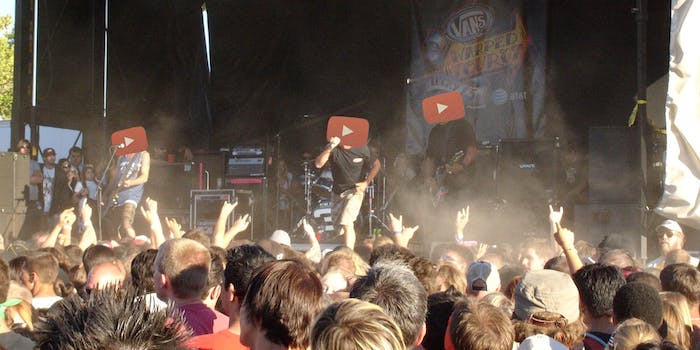 Punk meets pixels this summer on the road.

Summer’s premiere punk festival is getting a taste of the digital with the addition of several YouTube stars to the Vans Warped Tour lineup, which kicks off in June.

YouTube musicians Austin Jones, Johnnie Guilber, and Jordan Sweeto signed on for the summer trek, playing with the likes of Pierce the Veil and Metro Station. However, musicians aren’t the only YouTubers that Warped is including. VloggerDamon Fizzy is also included in the lineup, as well as Bryan Stars, whose channel features interviews with musicians.

This is not the first time YouTube and Warped Tour have mixed. Last fall Fullscreen tapped Warped Tour creator Kevin Lyman to consult on its INTOUR event, which looked to transform the traditional YouTube meet and greet style event into more of a performance for fans. Now momentum is moving in the other direction, with Warped dedicating some of its stage space to what they are calling “Warped YouTubers.”

Before they join the tour, fans can get a taste of the new additions on their respective channels.