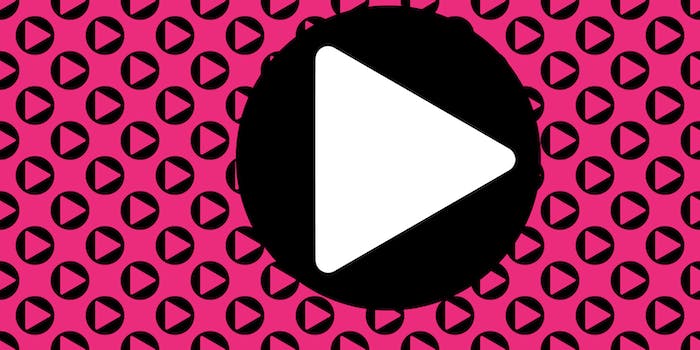 This company wants to build a troll-free Internet for women

Is it possible to erase the trolls and just have real discussion? This site is hoping to achieve just that.

Can you imagine a troll-free Internet? It may seem impossible, but Karen Cahn is hoping to make that dream a reality with VProud, a video-based social network for women that’s about discussion, not disses.

“We wanted to create a digital safe space for women to have intimate conversations with each other without feeling like the whole world was going to see what they were saying—and without trolls making hateful and unproductive comments,” Cahn told the Daily Dot.

Cahn spent five years as head of sales for partnership and branded entertainment at YouTube, where she saw the problem of trolls in the comments firsthand, but it took a personal life change for her to be inspired to take the steps to create a digital safe space.

“I went through a divorce, and the experience was honestly the most isolating and lonely one in my life,” Cahn explained. “I would just sit up in bed at night and cry, and put these ridiculous 20-word search phrases in Google and hope that a Yahoo group or something would come up where I could find women like me I could relate to, and I never found anything. Thankfully the HuffPost released their divorce section at that time, and it made me feel much less alone and much less shame around my issue. I’d read every blog, every quiz, look at every photo in the photo gallery. And then I was like, ‘now what?’ I still didn’t have anyone to really talk to or take the conversation experience a step further. That’s when I came up with the idea of making a social network for women.”

Women face increased levels of harassment online, be it in situations like Gamergate or simply when they’re posting any sort of content online, especially videos. Detractors claim that trolls can infiltrate anywhere, but VProud aims to weed out any abusive comments with a four-step approach. First, the technology understands context and intent and can flag comments before anyone sees them. There are also filters in place on VProud that catch words and phrases against the community guidelines. When technology isn’t enough, VProud turns to humans. There’s an editiorial team in place to monitor the community, and users can report trolls themselves. However, Cahn wants it to be clear that VProud isn’t against discussion or differing points of view, rather that the site’s definition of troll is about “rude, hateful, mean, and unproductive comments.”

“VProud is about the democratization of conversation, but not that arbitrator of opinions,” she explained. “We’re not Democrats or Republicans; we’re not pro-choice or pro-life. What we don’t approve of is ‘mean girl’ behavior, name-calling and putting people down. We are not about censorship. Just because an opinion is an unpopular opinion, doesn’t mean it’s trollish. What isn’t allowed is if there’s a diet and nutrition conversation, and somebody calls someone else a ‘fat pig.’ That to us is just not an acceptable behavior. We can all very easily state our opinions without calling someone else a nasty name.”

While video isn’t the only component to a VProud discussion, it is the jumping-off point. Cahn’s background is in the space, but she says the VProud team simply sees video as one of the current creative centers of online content today and the best way to broach discussions.

“We feel like video is the best way to create emotional connection with the topic,” she explained. “We’re trying to create an emotional response between the women and the conversation and inspire them to talk. Every conversation starts with a video and a headline meant to inspire an opinion. Each of the responses are color-coded according to your response to the headline. It makes it easier for women to find women they want to follow, or who they want to debate with. For us, we found that the video is a great way to get talking and thinking about the issues that we’re talking about.”

The site has only existed for a few months, but Cahn says they’re already seeing growth and potential for more participation. One way they’re helping move along the conversation is not just relying on the video content they can find online already. They have a studio in New York where they create new video content.

“If a woman puts in an idea but can’t find a video on YouTube, we’ll make a video,” Cahn said. “We’re all about real conversations with real women. We’re making videos, but we’re also curating videos made by women from YouTube and Vimeo. All our video conversation starters are promoting the female creative economy.”

VProud also prides itself on not just being “lady content” while still staying safe for women. While a safe digital home for women to talk is their goal, the dream of a troll-free Internet might be a bit closer.