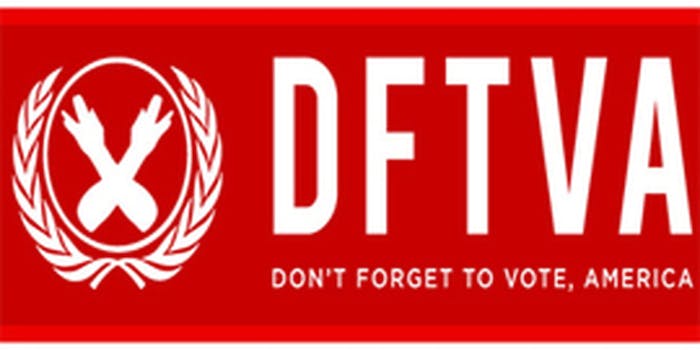 Vlogbrothers and Harry Potter fans get out the vote

Sharing voting reminders scores points for your favorite Hogwarts house, thanks to John and Hank Green and the Harry Potter Alliance.

With its epic themes of class differences, racism, social uprisings, fascist allegories, and war,   Harry Potter is more than just a fantasy to members of the Harry Potter Alliance (HPA).  The charity group has raised hundreds of thousands of dollars for various noble causes as it encourages members and fans to put the ideals espoused in J.K. Rowling’s seven-book series into practice.

Now, they’ve teamed up with another group with close ties to the HP community: the Vlogbrothers and their community of Nerdfighters. Author John Green, along with his brother, performer and media guru Hank Green, have launched a special HPA project designed to get out the vote and share the HP love. Riffing off the familiar Nerdfighter cry, “Don’t Forget To Be Awesome,” the new campaign, DFTVA, swung into gear today. This time, the message is simple: Don’t Forget To Vote, America!

The Vlogbrothers have a long and close relationship with the Harry Potter fandom as well as HPA. Both are frequent guests at Leaky Con, the HP fandom’s largest fan convention, and Hank Green has been known not only to write songs about the HP fandom, but to do guest tours with popular Wizard Rock band Harry and the Potters.

It’s the Wrock connection that brought the two groups together for this project: Paul DeGeorge, frontman for Harry and the Potters, is also the co-founder and board member of the HPA, along with fellow co-founder Andrew Slack. DeGeorge, who was already involved in campaign work, turned to Slack and Hank Green to brainstorm ways to help get out the vote among Harry Potter fans.

The three longtime HP fans came up with the idea of using that tried-and-true HP fandom challenge: the House Cup. Every time fans share the DFTVA banner for “their” Hogwarts house on Facebook, that house gets a point in their favor. Currently, true to life, Gryffindor is in the lead, while Slytherin, though hopelessly outnumbered, is proving the most ambitious in getting out the message. At press time, as the Green brothers tweeted the message for a late push to the polls, so many people were accessing the HPA site that its servers were having trouble handling the load.

Slack told the Daily Dot that he hopes this will be one of many collaborations with the Vlogbrothers and the Nerdfighter community:

I think it’s a wonderful partnership. There’s so much admiration and so much overlap between Harry Potter fans and Nerdfighters. For the most part, it’s hard to see where one stops and the other begins. [Fandom and pop culture academic] Henry Jenkins’ concept of the nomadic fan, and especially his research on us, has shown that Harry Potter fans gravitate essentially towards a few things—Hank and John Green, anything Nerdfighter, anything Doctor Who and for that matter anything Stephen Moffat—Sherlock as well. Anything Joss Whedon. Youtube-y, nerdy things. So what we’re seeing is a meta-fandom at this point.

Both groups overlap in another way: in their vision for turning fannishness into positive social change. The HP Alliance has as its mission statement the goal of “[empowering] our members to act like the heroes that they love by acting for a better world.” If the Nerdfighters had a mission statement apart from DFTBA, it would probably sound very similar. At this year’s Nerdfighter panel at LeakyCon, when asked what he thought the ideal Nerdfighter career would be, Hank Green responded, “President of the United States would be nice.”

Since Barack Obama has frequently reblogged Nerdfighter posts on his Tumblr, it’s safe to say that Green might have already gotten his wish.

If all goes well for Obama tonight, Gryffindor might just take the House cup and the Oval Office.

Image via The HP Alliance