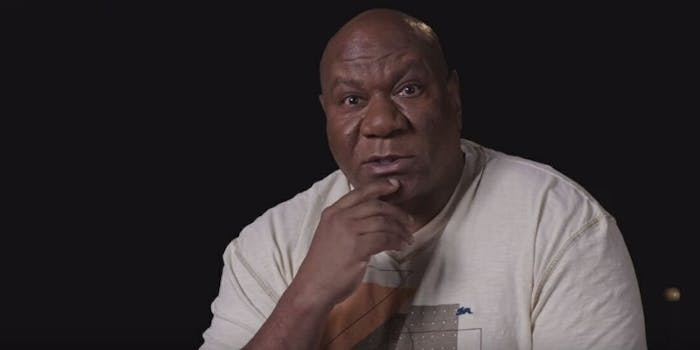 Flicks And The City Clips/YouTube

The 'Mission Impossible: Fallout' co-star was the victim of a mistaken 911 call this year.

Actor Ving Rhames was held at gunpoint by police officers after a neighbor reported him as an intruder at his Santa Monica home. The Mission Impossible franchise co-star revealed the incident on SiriusXM’s The Clay Cane Show after the host asked Rhames how, as a large Black man, racism is present in his life.

The incident, which Rhames said occurred this year, came after a neighbor across the street reported Rhames as a possible burglar. Rhames said he was in nothing but his basketball shorts when there was a knock at his door. He said once he opened the door, a police officer told him to put his hands up while pointing his pistol at the actor.

“I get up, I open the door, there’s a red dot pointed at my face from a 9mm,” Rhames said.

Rhames said multiple officers, including a captain of the police unit with a K9 unit, were present. One of the officers recognized the actor, not from his film roles, but because Rhames’ son played basketball against the officer’s son’s school.

After police apologized, Rhames said they informed him a woman had called 911 claiming a “large Black man” was breaking into the house. After clearing things up, Rhames said he and a few officers walked to the neighbor’s house to ask them about the situation, only to be met with complete denial from the neighbor.

“So here I am, in my own home, alone in some basketball shorts, just because someone called and said a large Black man is breaking in,” Rhames said. “My problem is, I said to them, ‘What if it was my son and he had a video game remote or something and you thought it was a gun, just like Trayvon has a bag of Skittles.”

You can listen to the full discussion on SoundCloud.