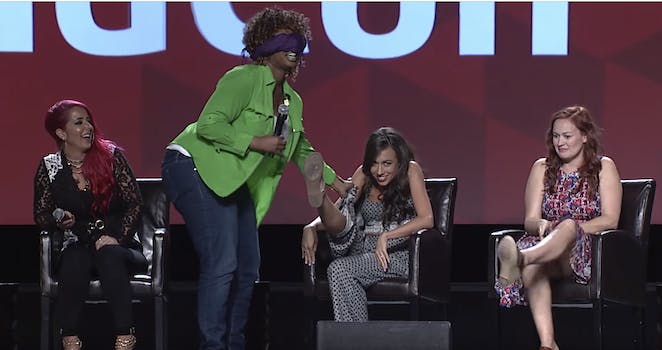 Panels will expand to the Marriott for more programming.

While the world of digital video shifts daily, one thing fans and professionals alike can plan on is an annual pilgrimage to Anaheim, California, home of VidCon. Tickets for the 2016 event are on sale as of today, with a few changes to the proceedings.

VidCon 2016’s major change will be the month, with the event moving to June instead of July. The annual event will run June 23-25  at the Anaheim Convention Center. The July weekend VidCon used in 2015 now conflicts with San Diego Comic-Con, a potential problem for the target audience.

VidCon also announced that it will open up more programming in the Anaheim Marriott. A space at the convention will be fully dedicated to gaming content, with specialized panels and live play opportunities. The new gaming content will be integrated to the existing badge types.

VidCon doesn’t set an end-date for ticket sales, but last year they sold out in advance of the event. Attendees can still buy tickets with three different distinctions: Community, Creator, and Industry. Each allows different access, from signing lines and general panels to more specialized sessions and mixers for professionals. Tickets for the weekend start as low as $100 for buyers shopping in advance, but those rates jump to $750 for non-early bird Industry attendees.

While other conventions have popped up in the digital video space like New York’s recent StreamCon and the upcoming Project IRL in Miami, VidCon continues to be the go-to hub for the digital video community each year, with more influence from non-native digital worlds.

With over seven months until the next event, an eternity in digital time, it’s hard to predict what VidCon 2016 will tell us about the future of video, but it will definitely be the place where the key players come together to figure it out.