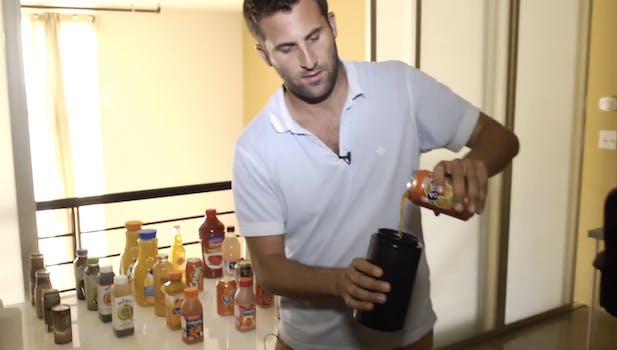 ‘Everything But The News’ learns all about smart cups

If your cup could tell you the calories of what you’re drinking, would you make healthier food choices? That’s the idea behind  Vessyl, a new smart cup, and thanks to PBS Digital series Everything But The News, we get a first-hand look at the future of food technology.

One of our favorite webseries of 2014 is back in the new year with new episodes, making more visits to digital startups and asking the hard questions. This week host Steve Goldbloom visits the Mark One headquarters and gets a hands-on test with its  Vessyl device, which analyzes the liquid you drink on the molecular level to tell you what you’ve got in your cup, right down to the brand name.

Of course, Goldbloom asks the tough questions like if they can also make him a plate, and where exactly they’re manufacturing this smart technology. As much as Goldbloom pokes fun, a cup that keeps you honest about your liquid intake is a helpful tool for dieters everywhere, and with 10,000 already sold they’re making a dent in the market.

Screengrab via Everything But The News/YouTube