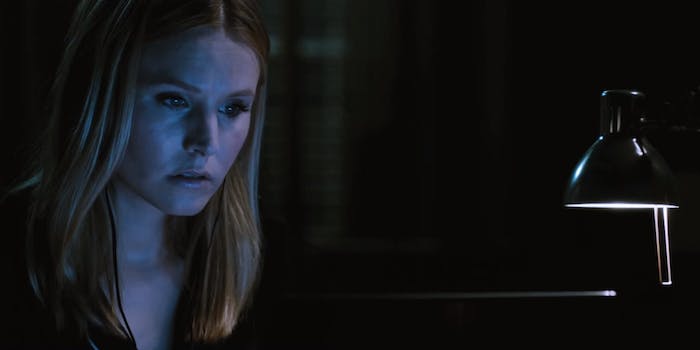 The ‘Veronica Mars’ cast just confirmed for the spin-off webseries

Fans of Veronica Mars are already excited about a return to the world of Neptune with Rob Thomas’s new CW Seed spin-off webseries. Now they have more to celebrate as Kristen Bell and a slew of other Mars alumni have signed on to appear in the series.

Play It Again, Dick, will focus on Ryan Hansen, who appeared in both Veronica Mars and Thomas’s Party Down. He’ll attempt to reignite his career by crafting a spinoff of the CW series. Kristen Bell and Jason Dohring will play fictionalized versions of themselves in the series, among a laundry list of other Veronica Mars stars. The series already got a second life as a famously fast-funded Kickstarter film project released this year, in which Hansen appeared as Dick Casablancas, perpetual thorn in Veronica’s side.

The new CW project will premiere Sept. 15. Instead of opting for the binge-watch style, Thomas will release the eight- to 10-minute episodes on a weekly basis.