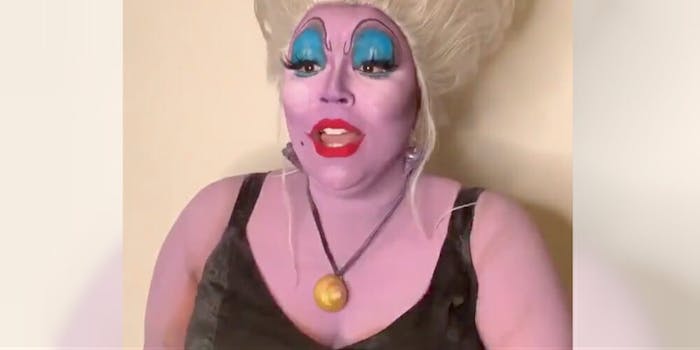 Disney, give the people what they want and cast a drag queen or Lizzo as Ursula

It’s another day, another live-action Disney remake. This time, The Little Mermaid is front and center.

The internet has been rallying around the idea that Zendaya would play Ariel, while Lizzo would play the beloved sea witch villain, Ursula.

Who would be cast in the film has been kept under wraps until Friday night, that is. Melissa McCarthy is reportedly in talks to play Ursula in the live-action film, it was announced.

People were less than impressed with the news and quickly fired back with alternatives to who they think should be considered for the role.

Many pointed out that the character Ursula was actually based on iconic drag queen Divine, so it only makes sense that a drag queen takes up the role.

Ursula was LITERALLY inspired by Divine.

The fact that they hired Melissa McCartney shows that they only care about name power and not about the art of the role.

the character of Ursula the sea witch was inspired by Divine, an iconic drag queen who rose to fame in the 1970s.

Melissa McCarthy should NOT be playing Ursula. pic.twitter.com/uAW0pjbVyO

Lizzo also stepped on the scene, tweeting a sad emoji in response to the news.

Lizzo’s just trying to give the people what they want. In 2018, the rapper and flutist posted a video of herself as Ursula, giving legs to the idea.

“I’M URSULA. PERIOD,” she wrote at the time.

They better give her this role. No one else is more suited. Period.

Look I love Melissa McCarthy, but #Ursula has to be either a drag queen, Lizzo, or Titus

You have one job @Disney don't mess up Little Mermaid! Melissa McCarthy for Ursula? I'm sorry but no.

Celebrities even showed their support.

That’s the list. That’s it. Cast one of them or keep it on the playground