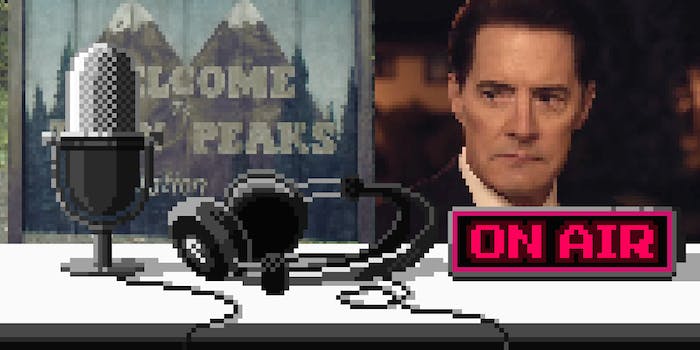 It's a damn fine cup of podcast.

David Lynch’s heralded and game-changing Twin Peaks has returned to Showtime after a 25-year hiatus. On this episode of the Upstream podcast, I’m joined by Parsec big guns Sarah Weber and Gavia Baker-Whitelaw to learn about it, and then we get downright geeky.

Plus: I try to get Gavia to admit that Roger Moore was the best Bond, to no avail.

(Audra is on vacation, and will return to the Daily Dot Podcastin’ Loft next week.)