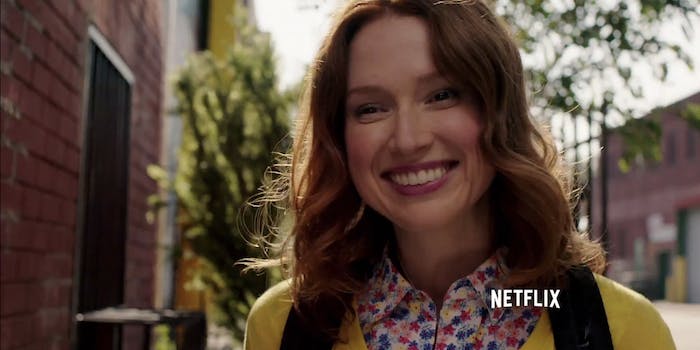 Netflix just released the trailer for Tina Fey’s new series Unbreakable Kimmy Schmidt, and it’s as adorable and plucky as you hoped. Ellie Kemper, best known as the spacey but lovable Erin from The Office, plays Kimmy Schmidt, a former apocalyptic cult member who is rescued from her underground bunker and plopped into the hustle and bustle of New York City.

Kemper is adorably wide-eyed, armed with a small backpack and a smile as she takes on the big city. The trailer also gives us a peek at Jane Krakowski (30 Rock) as an Upper East Side socialite who employs Kimmy as a nanny, and Tituss Burgess as Kimmy’s roommate Titus, who teaches her that “dancing is about butts now.”