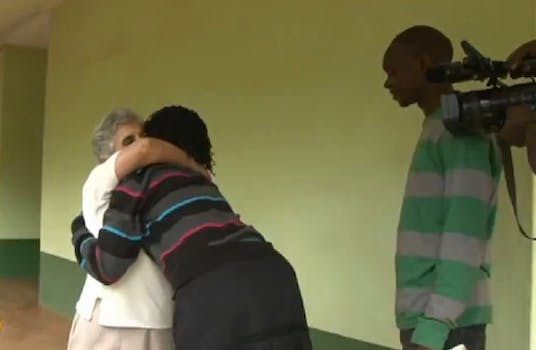 UgandaSpeaks takes a stand against “Kony 2012”

UgandaSpeaks wants to speak for every day Ugandans.

Sugg hed:Kony 2012 has some competition.

It feels like it was only yesterday that Invisible Children took the world by storm with their uber-viral sensation, Kony 2012. Now, after loads of criticism, the unearthing of an unreal Kony musical number, and a naked rampage courtesy of one of Invisible Children’s founder, the moment of action has finally arrived.

Tonight, the nation’s “slacktivists” will canvas the streets of America with “Kony 2012” paraphernalia as part of Invisible Children’s long-awaited yet much-derided “Cover the Night” campaign. But there’s another, less bombastic organization looking to raise awareness of the issues facing Ugandans. It’s called UgandaSpeaks and its members are setting out to prove that you don’t need to be an American with a multi-million dollar budget to tell Uganda’s story:

On its website, Uganda Speaks describes itself as “an online social media project founded by a group of Ugandans to recapture the narrative about Joseph Kony and Northern Uganda from Invisible Children and its #KONY2012.”

“We don’t need other people to tell our story the wrong way,” Maureen Agena, a blogger and filmmaker involved with the organization, told Al Jazeera.

In defense of Invisible Children, the group did release a sequel to Kony 2012 that focused more on the Ugandan people and less on founder Jason Russell’s adorable son. But Al Jazeera reports that most of the Ugandans interviewed in Kony 2012 Part Two were directly involved with Invisible Children, whereas UgandaSpeaks casts a far wider net in giving voice to everyday citizens.

To learn more about the issues facing Ugandans, visit Uganda 2012 or follow the #ugandaspeaks hashtag on Twitter.