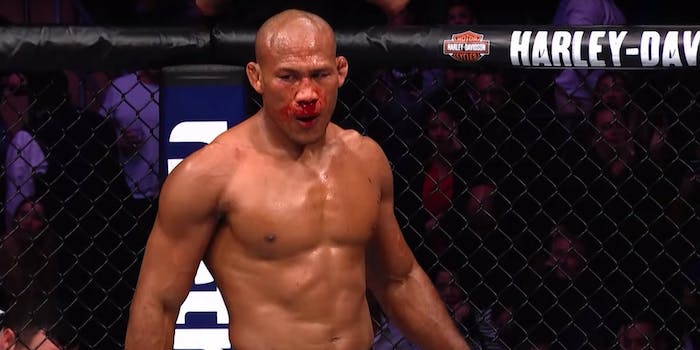 How to stream UFC Fight Night 150 for free

Ronaldo Souza and Jack Hermansson are set to collide.

Ronaldo “Jacare” Souza and Jack “The Joker” Hermansson collide in the main event. It’s not the fight most people were looking forward to—Yoel Romero was pulled from the card at the last minute—but the two middleweights should put on a show. Both have strong winning streaks—Souza at six, Hermansson at three—and have a history of finishing fights. (See: Souza’s recent KO of former champ Chris Weidman.)

In the co-main event, Greg Hardy, the disgraced former NFL player with a history of domestic abuse, takes on Dmitrii Smoliakov. Hardy is so toxic even ESPN—the new streaming partner of UFC—said his signing was a “major mistake.” Here’s hoping he gets choked out. You’ll find the full UFC Fight Night 150 live stream schedule below. 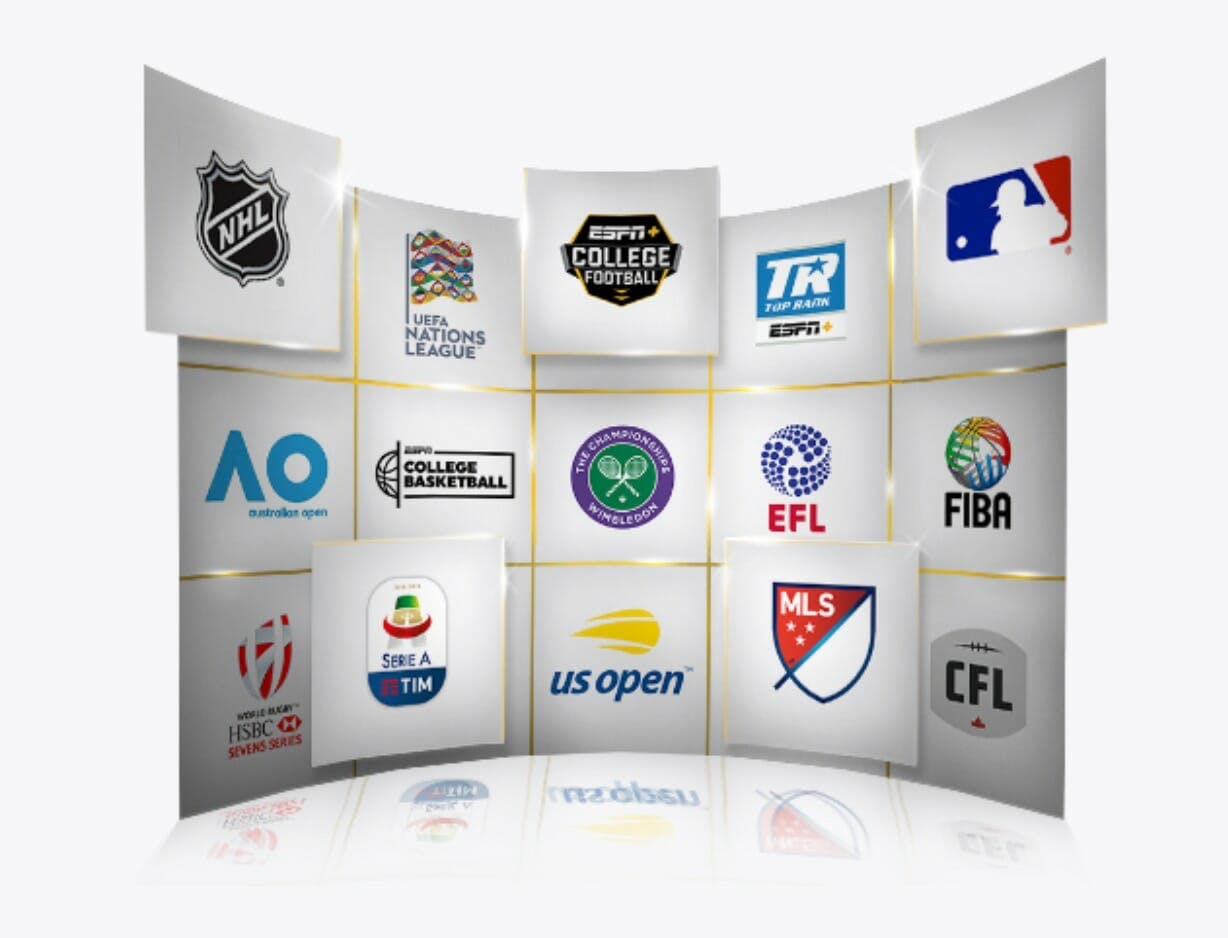 UFC Fight Night 150 live stream: How to watch for free

ESPN+ hosts 20 UFC Fight Night events per year. That alone makes it worth the $4.99-per-month price tag, but ESPN’s new subscription service offers a lot more than just UFC bouts. You’ll also be able to watch the entire catalog of 30 for 30 documentaries and a ton of additional sports programming. We’re talking about hundreds of college basketball games, NHL hockey, daily MLB games, 250 MLS matches, and more than 100 exclusive Top Rank boxing matches per year—not to mention exclusive series like Kobe Bryant’s Detail. As an added bonus, you’ll also get an ad-free experience on the ESPN site.

It’s also worth noting that, if you order the next UFC pay-per-view on ESPN+—that’s UFC 237, with Rose Namajunas vs. Jessica Andrade and Jared Cannonier vs. Anderson Silva—you’ll have the option of paying either $59.99 for the event or $79.99. If you choose the latter, you’ll also get a free year of ESPN+. 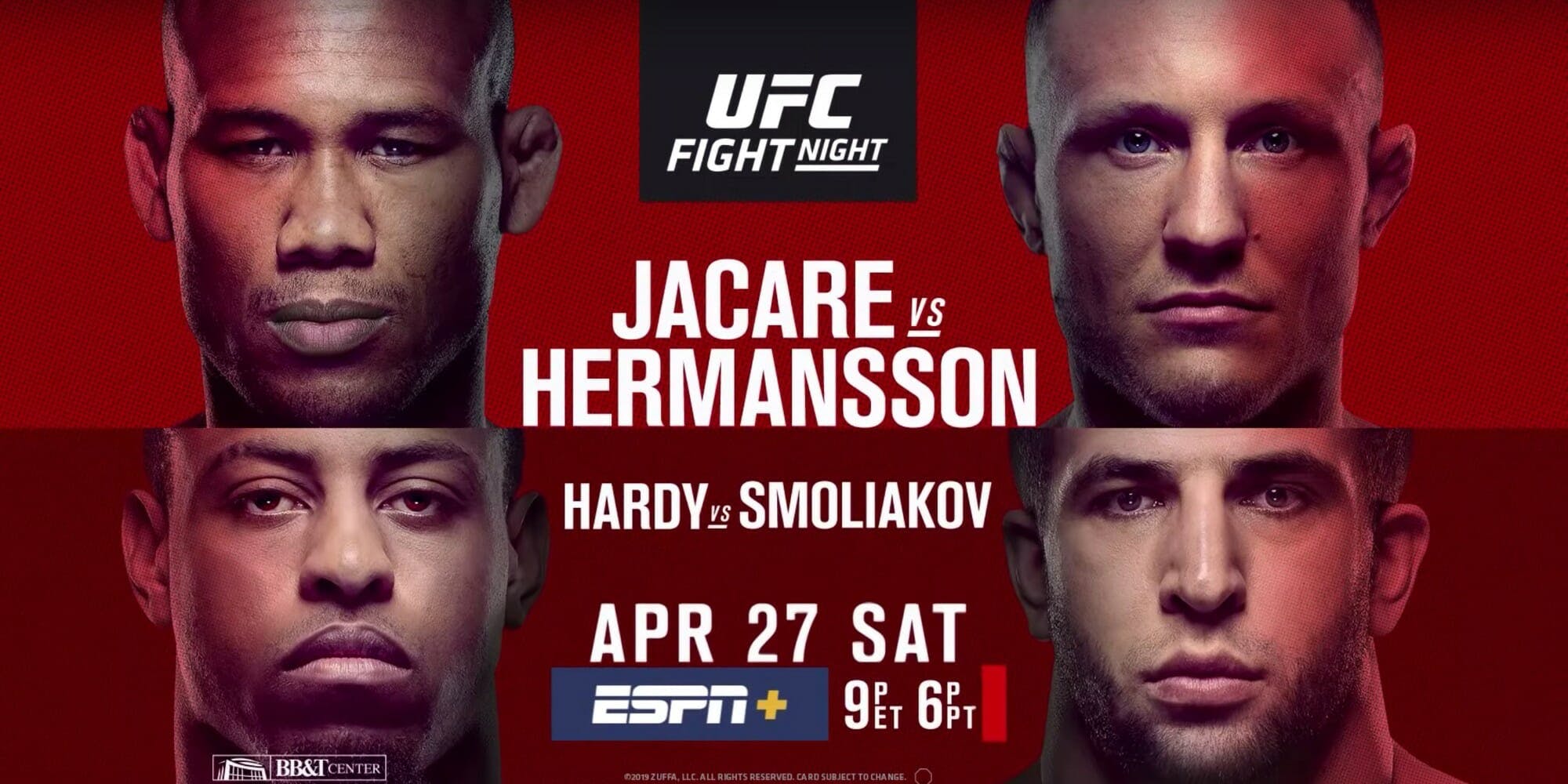 It’s worth noting that an ESPN+ subscription will only allow you to watch the main event, which starts at 9pm. For the prelims and undercard, you’ll need both ESPN and ESPN2. (ESPN+ functions as an extension of the ESPN app and website, unlocking certain live events and original programming, but it’s not a substitute for ESPN itself.) Most live TV streaming services offer both ESPN and ESPN2. Your cheapest option is Sling TV, but you can also try PlayStation Vue, YouTube TV, or Hulu with Live TV.