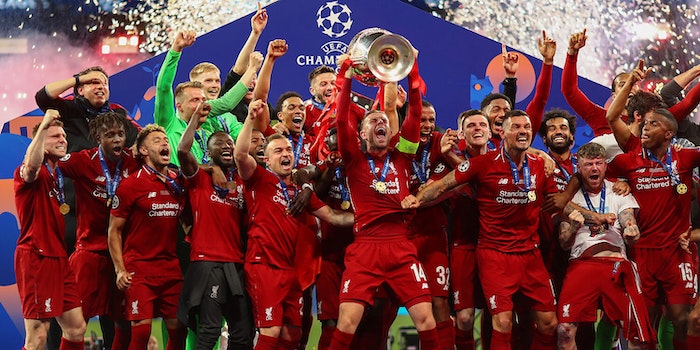 How to stream the UEFA Champions League draw

It's Soccer Christmas! When we learn who our Champions League faves will battle in group play.

The Champions League Draw is Soccer Christmas. It’s the first chance for fans to see which eight groups the Champions League-qualifying teams will be drawn into—and therefore, which matchups they’ll get to watch on Tuesdays and Wednesdays starting on Sept. 17. The eight Pot 1 teams are already decided, including defending champions Liverpool, Europa League-winners Chelsea, and top contenders Barcelona, Manchester City, Juventus, and Bayern Munich, but Thursday’s Champions League draw will give us the whole picture as to who might advance to the knockout stages.

Here’s everything you need to know in order to stream the UEFA Champions League draw live.

The draw is on B/R Live, which is home to Champions League action throughout the tournament. With its low monthly and annual subscription rate, it provides an easy way to stream the UEFA Champions League draw.

The Champions League Draw: Why it matters

It’s a chance for fans to look into the future and project the fortunes of how their teams might do in the 32-team competition. In the Champions League group stage format, each team plays home and away matches against the other three teams in its group.

One team from each of four pots, determined by a formula attempting to rate each team’s strength, will be drawn into each group. In the group stage, teams from the same domestic league can’t play each other, so you won’t see two Premier League teams or two La Liga teams in the same group.

After each team has played six matches and the dust settles, the first-place and second-place teams from each group advance to a 16-team knockout round. (And if you’re a fan of the drama of a draw broadcast, you’ll want to circle Dec. 16 on your calendar. That’s when the Round of 16 matchups will be determined by lottery.)