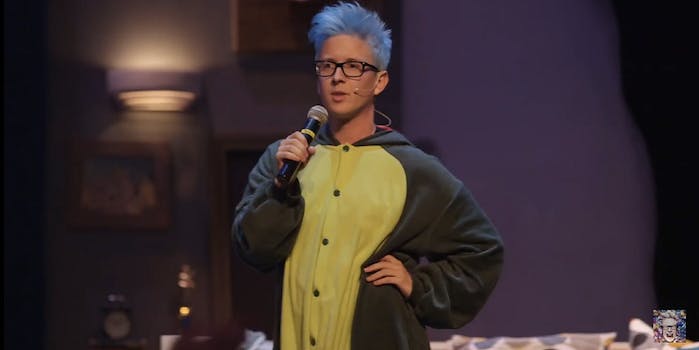 Get a behind-the-scenes look at the YouTuber's life this December.

Is there anything Tyler Oakley can’t do?

The YouTube superstar will make his next move on the screen, with a documentary following his international Slumber Party Tour. Oakley filmed during his most recent set of tour dates, including during his stop in Atlanta, where he jokingly winked at the audience about the omnipresent, large cameras during his show.

Oakley has given his 7.2 million fans a taste of tour life before on his channel, but the forthcoming Snervous Tyler Oakley (“snervous,” according to Oakley, is a combination of scared and nervous) will go more in depth in the life of the 26-year-old.

The documentary is being made by Awesomeness Films and under the direction of Amy Rice (By the People: The Election of Barack Obama). The film will get a limited theatrical release in December 2015, along with a global digital release.

Correction: The documentary is being made by Awesomeness Films.