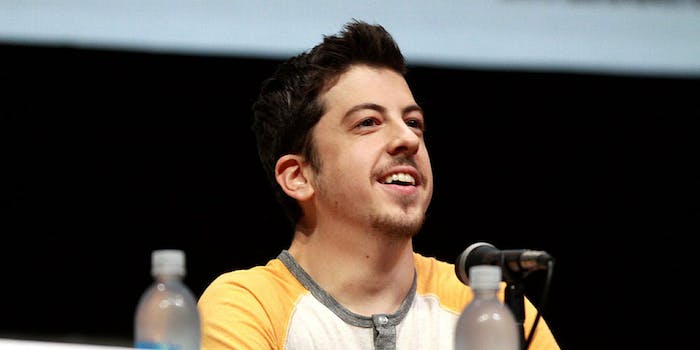 Everyone on Twitter wants to thank Chris Mintz, but they found the wrong guy

In the wake of Umpqua Community College shooting that claimed the lives of 10, including the gunman, and injured more than 20, many are thanking one man for his heroic actions.

Chris Mintz, 30, reportedly charged at the shooter in an attempt to save the lives of his fellow students. A former Army vet, Mintz suffered seven gunshot wounds during his selfless act, on his son’s birthday, no less.

The kind, well-meaning denizens of Twitter took it upon themselves to thank Mintz, but unfortunately his name is similar to Christopher Mintz-Plasse (aka McLovin’ from Superbad).

@MintzPlasse Get well soon, that was Heroic to do, May God continue to Bless you and your family… Happy Birthday Tyrik.#ChrisMintz

@MintzPlasse Highest regards,may you make a full and quick recovery.

@MintzPlasse Just had to say thank you! What a truly amazing person u r! Wishing u everything that makes you happy! God Bless!

Mintz-Plasse has been inundated with tweets wishing him a swift recovery, and he is doing his best to direct the well-wishers to the actual hero.

Wow my thoughts go out to the victims and families of the Oregon shooting. Another one, it genuinely scares me it can be anyone and anywhere

And send the positivity his way.

@CigarVixen it wasn’t me. But he is so brave.

The Superbad actor responded commendably to the swell of support for the actual Chris Mintz.

The Mintz family set up a GoFundMe page, with aims to raise money for the Umpqua student during his recovery.