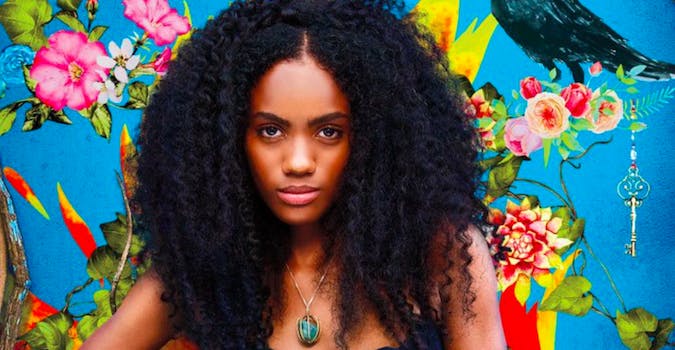 Twitter was stoked for ‘Siempre Bruja’ until this plot reveal

Warning: One big spoiler ahead.

Siempre Bruja, the new Netflix series about a Colombian slave (and witch) promised a lot of thrilling stuff: A story centered on an Afro-Colombian woman, time-traveling, juicy drama, and, duh, witches.

But when some Twitter users discovered that the main character, Carmen, was going back in time to save her white, slave-owning lover, it was just too much.

Siempre Bruja, or Always a Witch in English, is based on the 2015 novel Yo, Bruja, by Isidora Chacon. Carmen, the main character, lands in the present day to avoid being burnt at the stake; while she’s still alive, she’s completely lost in the 21st century.

But even the pull of a Spanish-language drama about witches, with Afro-Latinx representation, wasn’t enough for some. Many Twitter users who had been excited about the series expressed boredom—or horror—over the trope of an Afro-Colombian slave with magical powers working so hard to save the son of the man who enslaved her.

“Watching Siempre Bruja Me: what?! they’re giving her a white, slaveholding boo who she makes eyes at while literally on the auction block?? Charlie: Kaitlyn, this is a Netflix and Columbian [sic] state tv-produced telenovela why are you expecting this to do better?”

Watching Siempre Bruja
Me: what?! they're giving her a white, slaveholding boo who she makes eyes at while literally on the auction block??
Charlie: Kaitlyn, this is a Netflix and Columbian state tv-produced telenovela why are you expecting this to do better?

Netflix: So we got this cool new show called #SiempreBruja

Netflix: It's about an enslaved black woman who time-travels to the present but wants to go back to the past because she's in love with the son of the man who purchased her —

I was so excited about Siempre bruja but apparently the plot is about her being in love w/a — pic.twitter.com/b1Ckgj8xgQ

I just don't understand coming back, having a second chance at life and wanting to save + bring back the slave owner!? Like really what is this #siemprebruja pic.twitter.com/lP0A5rEJpd

Girl if you don't cast a spell or do some cord cutting and forget this slave owning man! Be FREE. 😭🤯 #siemprebruja

Watching #SiempreBruja and I see exactly why a lot of this was kept out of promo. I don't even feel comfortable with this plot. Y'all love making slaves fall in love with their masters. And y'all knew EXACTLY what y'all were doing not putting any of that in the trailers. pic.twitter.com/5AtSXDc82v

Other users discussed the complexity of identity in South America, and Colombia specifically.

A promising premise, but a troubling romantic plot. Perhaps a second season, if it comes, will offer a more woke romance.