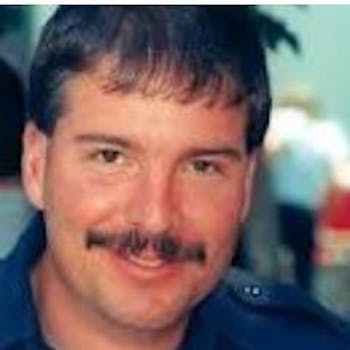 Twitter's @NotAPoliceman is just your average 17-year-old looking to score booze and drugs—or so it says.

You know how in movies and TV shows actors in their mid-20s pretend to be teenagers and it’s really obvious they aren’t? The @NotAPoliceman Twitter account is sort of like that, but much more entertaining.

Reportedly based in Prescott, Ariz., @NotAPoliceman is adamant that he is not an undercover cop. He’s just an average 17-year-old looking to buy alcohol and cigarettes, skip school, and snag drugs.

But his hand-tipping tweets suggest ulterior motives, with the account’s bio reading “Past times include: buying and selling drugs and related paraphernalia, using drugs as well. Message me.” Since joining Twitter on Sept. 21, the account’s offbeat humor has arrested the attention of more than 18,000 followers.