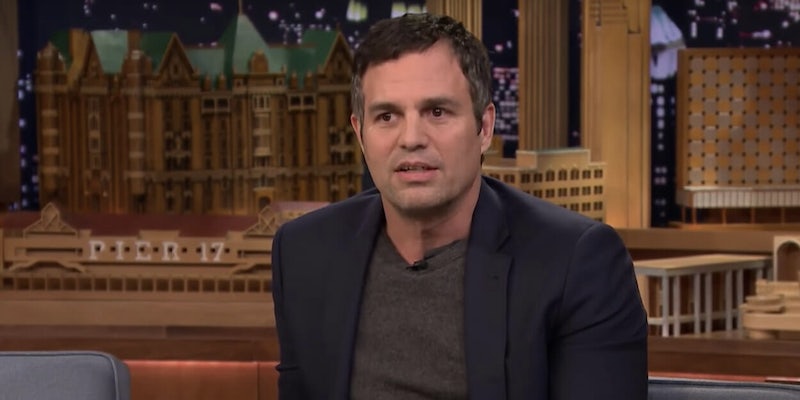 But was the 'Avengers 4' script inside?

When Mark Ruffalo lost his backpack in a New York City cab on Tuesday night, he quickly reached out to Twitter asking if they could help him find his lost item.

Ruffalo, who plays The Hulk in Marvel movies, tweeted, “New Yorkers that I love so much, please help me find my backpack … Reward if found.”

This isn’t the first time Ruffalo lost his personal items. In 2016, Twitter helped him find his cellphone and wallet during a blizzard in New York City, ABC News reported at the time.

Lo and behold, Ruffalo tweeted on Wednesday that he had found his backpack.

The NYC Taxi & Limousine Commission said the agency tried to help Ruffalo find his missing bag “but then he found it independently,” according to Page Six.

Some fans joked that the actor may have had his script for the upcoming Avengers 4 film in the bag.

How many spoilers did you leave in the bag, Mark?

Half of them, perfectly balanced.

Twitter user @Enarrem joked they found a “torn up pair of purple shorts” in the bag, alluding to The Hulk.

Here's some info on how to track down your bag without the taxi number: https://t.co/HfKbP0z3gX