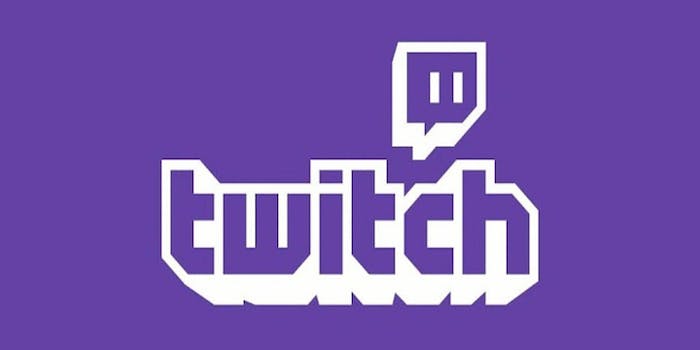 Incident shows just how easily the platform can be abused to target popular accounts.

A popular French Twitch streamer was banned from the platform this week thanks to one of his subscriber’s inappropriate profile pictures.

The incident began Wednesday as Kamel Kabir, known online as Kamet0, was participating in the site’s “Twitch Sings” karaoke feature.

Throughout the live video, numerous users’ profile pictures appeared on the screen. Twitch highlights new subscribers to certain channels by prominently showing their names and photos for a few moments, a feature often abused by those seeking to have graphic imagery flash up during a popular stream.

In a video posted to Twitter Thursday, a Twitch user known as DexterMiner60 can be seen subscribing to Kamet0, causing his profile photo, a part of the female anatomy, to appear on-screen.

Kamet0 appeared to react immediately to the photo, potentially aware that such an image could cause the removal of his channel. And sure enough, although out of Kamet0’s control, the incident led to his account being banned and DexterMiner60’s to be removed.

In a statement on Twitter, Kamet0 asserted that the ban was his first and came just one day before he was planning to reveal a big announcement to his followers.

At the time of publication, Kamet0’s channel still remains down and it is unclear if the streamer has reached out to Twitch to repeal the decision.

Given that the violation was out of Kamet0’s control, it is widely believed that his channel will be reinstated in the near future. Either way, the incident shows just how easily the platform can be abused to target popular accounts.