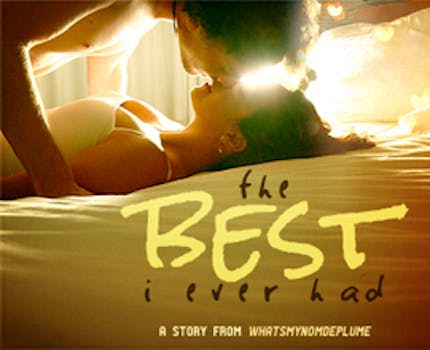 Guess which of these Twilight fanfics could be the next 50 Shades of Gray.

It’s an open secret that many literary agents and editors have for years been quietly approaching fanfiction authors to ask them to consider going pro—turning their talents towards writing original fiction.

But this may be the first time an audiobook company has gotten in on the cottage industry of recruiting these fans to the publishing industry.

AudioGO is an audiobook company known for its popular tie-ins to BBC shows like Doctor Who. Now, it’s branching out into the realm of Fifty Shades of Grey and other Twilight fanfics-turned-original stories.

The publisher, an imprint of RandomHouse, recently announced that it had approached five popular Twilight fanfic authors to ask them to participate in a straight-to-audio Young Adult writing competition. On Friday, AudioGo will post a 3-minute audio clip of the author’s stories to Facebook. Fans will have a week to vote for the best story based on an excerpt from the beginning of each work.

The authors are all based at FanFiction.net (FF.net); here’s the roundup of who’s participating:

One of the five writers, Anya Nara, shared AudioGO’s introduction from Commissioning Editor Alexandra Arlango in an email to the Daily Dot:

“I chose writers who were talented and who also had distinctive voices so there would be an interesting and varied mix of voices.”

Their popularity as writers and their track record of finishing their fanfics and maintaining an audience probably didn’t hurt either.

“We are very excited to be working with these wonderful authors to give them a platform from which to showcase their original writing,” Arlango told Twific Central. “We gave the contestants a picture and the word prompt ‘LOST AND FOUND’. Now the challenge for listeners will be to choose which story they want to hear in full without knowing which author has written which story.”

Of course, there is a downside: the winning story won’t be published or sold; instead the winning author will see her story made into an audiobook and offered by AudioGO for free download. Also, the Daily Dot is so far unable to confirm whether any of the authors will be paid for their efforts, or who will retain ownership of the submitted stories after the contest—the authors, or RandomHouse.

Check back on the AudioGO Facebook page tomorrow to listen to the three-minute excerpt of each author’s work, and vote for the best.