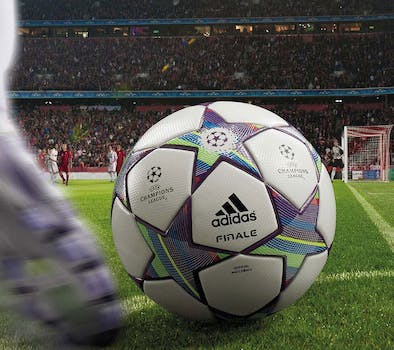 Thanks to some fancy footwork by soccer’s biggest stars, Sunday’s European Championship between Spain and Italy has set a new Twitter sports record.

After Spain scored its fourth goal in the final minutes of the match, Twitter was flooded with more than 15,000 tweets per second (TPS), setting a new world record.

“Twitter says total global traffic on its platform peaked at 15,358 tweets per second during the fourth goal Sunday in Kiev, where Spain defeated Italy 4-0,” the Associated Press reported. “Twitter also registered a total of 16.5 million tweets worldwide during the match.”

Those 16 million tweets included some from soccer legend Pele and chef Mario Batali.

Yet despite these astonishing statistics, they don’t come close to the overall TPS record holder. Last year’s rebroadcast of Japan’s 1986 anime classic Castle in the Sky collected at an astonishing 25,088 tweets per second.