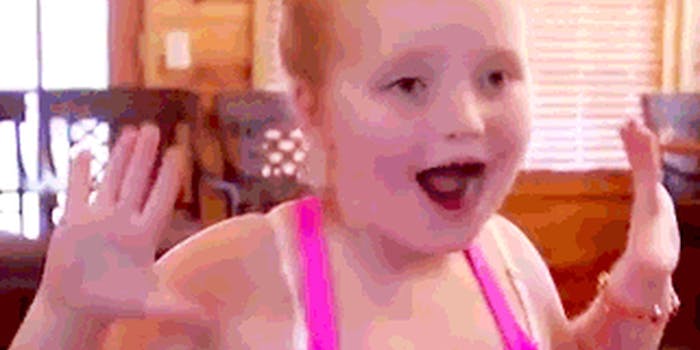 In a new column, the Daily Dot takes a look at one of the most popular Tumblr tags of the past week. This week: Here comes Honey Boo Boo.

Instead of naming its new reality TV show Here Comes Honey Boo Boo, TLC should have called it “Here Comes the LOL Train.”

The show follows 6-year-old Alana “Honey Boo Boo” Thompson as she competes in beauty pageants. Along for the ride are her obese parents June “Mama” Shannon, 32, and Mike “Sugar Bear” Thompson, 40.

If you’ve ever seen Toddler & Tiaras, the TLC show it spun off from, Here Comes the Honey Boo Boo is not much different. It features Shannon cutting coupons to save for a pageant and Alana playing with her pet pig Glitzy (which she has since given away) at their home in rural McIntyre, Ga.

The show has come under heat for its obsession with looks and controversial parenting techniques. That has done little to affect the show’s ratings. On Wednesday alone the show collected more than 2.3 million viewers.

Some of those viewers were Tumblr users who have made “honey boo boo” one of the most popular user generated tags this week, largely thanks to GIFs of Shannon’s amazing facial expressions.

As part of our new weekly column, Top Tumblr Tag of the Week, we decided to highlight the best reaction GIFs, remixes, and memes from the honey boo boo tag.