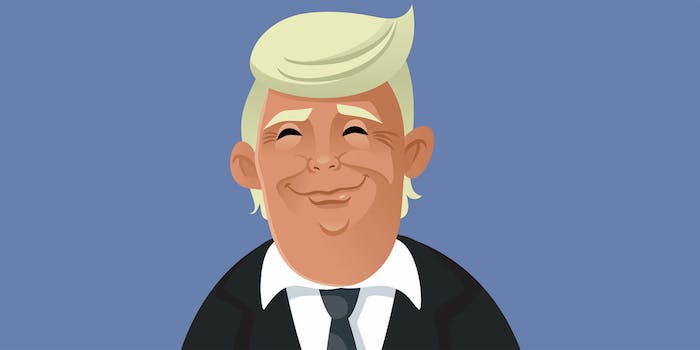 Here's your chance to see Trump talk directly to voters.

Amidst some controversy, you’ll be able to stream the Trump Town Hall on NBC Thursday. What was supposed to be a town hall debate between President Donald Trump and former Vice-President Joe Biden has evolved into a ratings competition between the two candidates on rival networks.

Where to stream CNBC

Where to Stream MSNBC

This town hall event essentially started with President Trump’s coronavirus diagnosis earlier this month. His team refused to participate in an online version of the planned Oct. 15 town hall format debate, organized by the Committee on Presidential Debates. And then, the candidates moved to do their own things.

Last week, Biden coordinated with ABC on airing a town hall event on the designated date. Earlier this week, NBC and Trump worked out a deal, but scheduled the Trump Town Hall as counter-programming.

Today host Savannah Guthrie will host the town hall event, at Miami’s Perez Art Museum—reportedly in an outdoor setting. The Trump town hall is expected to last an hour, meaning that viewers could switch to ABC or ABC News Live and catch the tail end of the Biden event.

Trump and Biden still are scheduled to come together one last time, for a debate scheduled for Oct. 22 in Nashville. Assuming it goes as planned, it will be hosted by Kristen Welker of NBC News.

You can stream NBC via the following services.

Hulu Live TV sets you up with local channels and has a broad spectrum of entertainment and sports channels to review, including the full suite of ESPN channels, Cartoon Network, FX, HGTV, and even deep cuts like National Geographic and Syfy. You can find the Trump Town Hall live stream on Hulu Live TV.

Sling also has a number of add-ons, including robust international packages organized by languages all over the globe. To gain access to NBC, Sling Blue or Sling Orange + Blue will deliver in a number of markets, but not all. Fear not, though: MSNBC’s on Sling Blue in all markets.

FuboTV started as a streaming service geared toward sports fans, but it’s evolved into a broadly-appealing option with entertainment and news options alongside its robust sports choices. Depending on the package, you can access as many as 180+ FuboTV channels. If you’re looking to be entertained, Bravo, IFC, MTV, and VH1 are options even at Fubo’s most basic tier.

The Fubo channel list still includes plenty of sports, including the Fubo Sports Network, which has original programming mixing sports and humor. The FuboTV cost starts at $54.99 a month, and with Disney Media favorites like ABC, ESPN, and the Disney Channel now on board, some who were on the fence about Fubo are giving it another look.

If you’re looking for NBC and the Trump Town Hall live stream, get in at the Plus tier to stream it.

If you’re looking for the Trump Town Hall live stream, know that you can get it on YouTube TV.