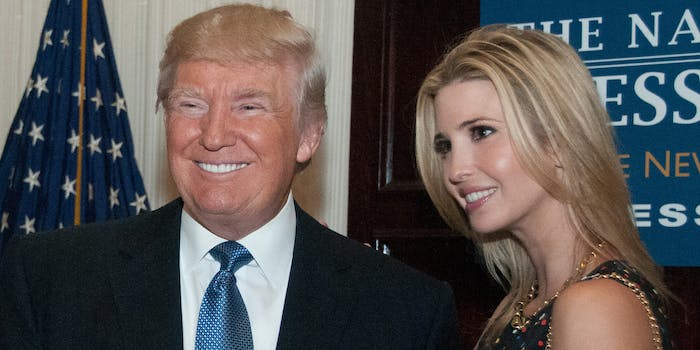 Howard Stern reminds us that Trump thinks Ivanka is a ‘10’

Even Angelina Jolie is just a 'solid seven.'

According to Howard Stern, President Donald Trump may think actress Angelina Jolie is just a “seven,” but he’s got his daughter Ivanka rated as a “10” on his big board.

Appearing this week on David Letterman’s Netflix series My Next Guest Needs No Introduction, Stern recounted one of Trump’s infamous radio interviews.

All Letterman could do was offer a bewildered “oh my” in response.

The anecdote Stern recalled checks out. According to Factbase’s archive of Stern interviews with the president, the conversation took place Oct. 10, 2007. Indeed, Trump wasn’t a fan of Jolie.

Stern needed some context, asking, “Who is a 10 right now?”

The president has a history of uncomfortably sexualizing his 36-year-old daughter in public. As the Hill points out, in 2004 Trump said it was OK for Stern to call Ivanka “a piece of ass.”