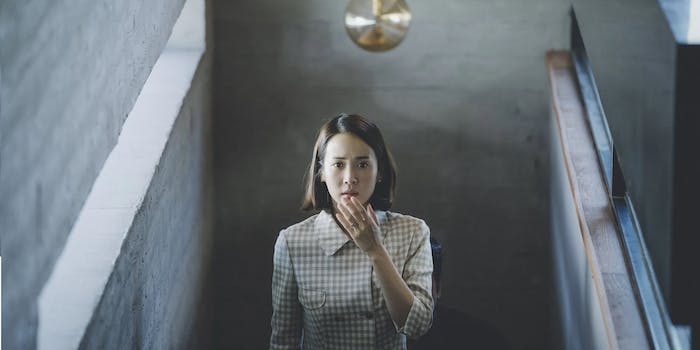 It does not seem like he actually saw the movie.

More than a week after the Oscars, the president has weighed in on Parasite‘s historic win. At a rally in Colorado, he criticized the Academy for picking a South Korean movie, saying, “We got enough problems with South Korea with trade. On top of that, they give them best movie of the year? Was it good? I don’t know. Let’s get Gone With the Wind. Can we get Gone With the Wind back, please?”

This statement kicked off a predictable wave of derision among film buffs. Parasite earned universal acclaim last year and is enjoying a surge of commercial success after its multiple Oscar wins, widely perceived to be a positive move the Academy Awards. The fact that it’s a Korean-language movie is especially groundbreaking, because the Oscars generally prioritize American and British movies, and it’s rare for a foreign-language film to be a major mainstream hit in the U.S. Of course, Parasite‘s success inevitably led to backlash, much of it spurred on by thinly veiled racism about an Asian film being chosen above something like 1917 or Once Upon A Time In Hollywood.

It’s not hard to see the racist rationale behind Trump’s complaints, or the backlash in general. Parasite reignited a conversation about subtitled movies, because while subtitles are the norm in plenty of countries, native English-speakers are used to watching most films in their own language. As a subtitled Korean film with a strong anti-capitalist message, Parasite is an obvious political touchstone. And that’s before we get to Trump’s comment about Gone with the Wind, which many people interpreted as a white supremacist dogwhistle. While Gone with the Wind is an undisputed classic, it’s been criticized for painting American slavery in a positive light. As several people have already pointed out, it’s also a little hard to imagine Trump watching it all the way through —although he has listed it before as one of his favorite movies.

One of Trump’s most memorable cinema-related anecdotes involves his love of the Jean-Claude Van Damme action flick Bloodsport. In a 1997 New Yorker profile, journalist Mark Singer describes the bizarre experience of watching Bloodsport on a private jet with Trump, who ordered his son (Eric) to fast-forward through all the plot exposition. His goal was “to get this two-hour movie down to 45 minutes,” prioritizing the action scenes and laughing out loud at “a beefy bad guy who was about to squish a normal-sized good guy received a crippling blow to the scrotum.”

Trump seems uninterested in any popular culture that doesn’t involve promoting his own brand, and when he lists his favorite movies, it usually sounds like he’s cribbing directly off a generic Best Of list: Gone with the Wind, Citizen Kane, and The Godfather. Classic gangster movies are definitely in his wheelhouse, but on the whole, he’s not someone you should trust for movie recommendations or artistic criticism in general. If anything, his complaints about Parasite should count as an endorsement of its quality. Bloodsport, it is not.