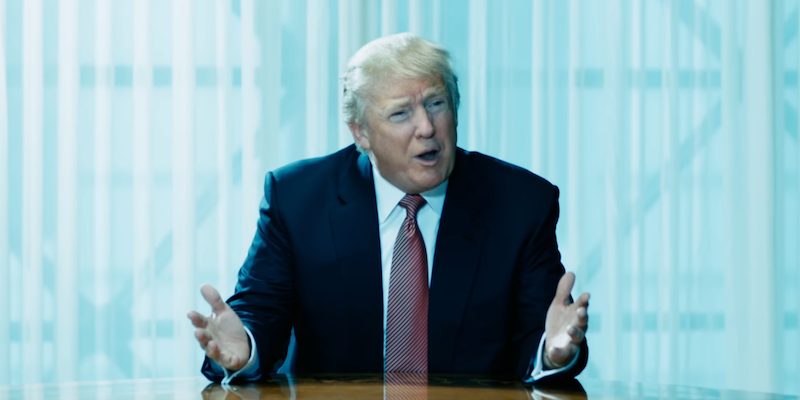 Trump probably wishes he was 'In Another Life.'

Trump starred in a music video for Russian singer Emin Agalarov that was basically a terrible promo for the Miss Universe pageant, held in Moscow in 2013. In the video, Agalarov falls asleep at a meeting and dreams about dancing around his expensive house, chasing after what appear to be hallucinations of contestants. Then Trump wakes him up and fires him.

This week it was revealed Agalarov, son of a Russian billionaire and developer, reportedly asked for the 2016 meeting between Trump Jr. and a Russian lawyer, who allegedly had info on Clinton. The meeting was arranged by Agalarov’s British publicist Rob Goldstone, who allegedly met Trump Jr. while working the 2013 Miss Universe pageant. Trump Jr. then made several potentially incriminating statements and tweets about the meeting, which included Jared Kushner and Paul Manafort.

The president claims he did not know of the meeting, but as Think Progress points out, Trump and the Agalarovs still have very close ties. Emin Agalarov told told Forbes in March, “Now that he ran and was elected, he does not forget his friends.”

According to the Washington Post, Agalarov talked Trump into doing the video, but Trump would only do one take during the shoot.