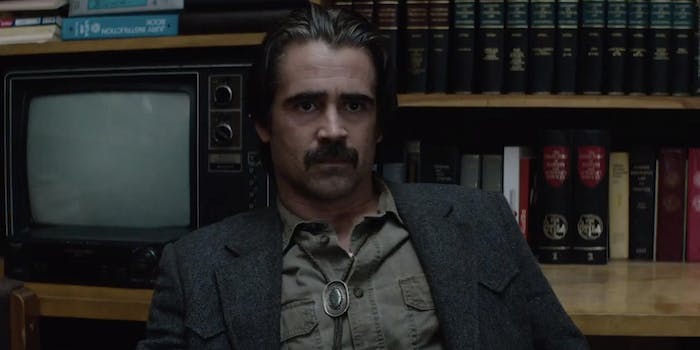 The crime drama is diving back into darkness.

On Thursday, Netflix got fans’ mouths watering with new trailers for Orange Is the New Black and Grace and Frankie. Not to be outdone, HBO decided to give devotees something to look forward to by releasing a teaser trailer for the second season of the critically acclaimed drama True Detective.

The minute-long first look at Nic Pizzolatto’s crime thriller is packed with plenty of wistful stares and gritty glimpses into the underbelly of corruption in California. Though the occult vibe isn’t present in the teaser trailer, the final shot does leave viewers with a chill as a masked man places his gloved finger over his lips in a gesture of silence.

Fans will have to wait till the June 21 premiere to find out exactly how Pizzolatto plans to top his astounding first season. But from the looks of things, Rachel McAdams, Colin Farrell, Taylor Kitsch, and Vince Vaughn will be quite the formidable cast.