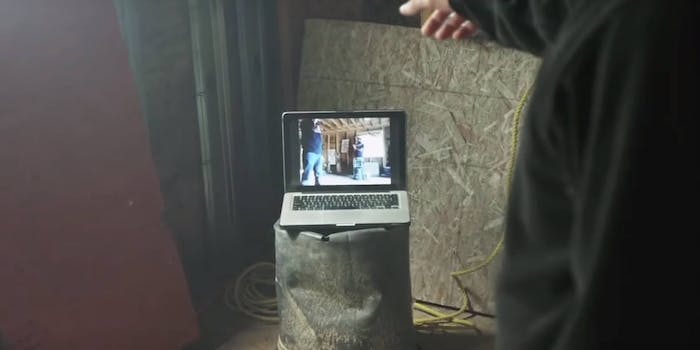 Your Halloween plans are covered.

With Neflix, Hulu, and Amazon hosting massive libraries of streaming material, it can be easy to overlook services like Tribeca Shortlist that host less material, but curate the hell out of it.

For Halloween, Tribeca Shortlist is hosting an online film festival entitled “Fright Fest,” which will be streaming a film each night—starting tonight, and running through Halloween—picked by the president of Lions Gate and the programmer for the annual Tribeca Film Festival. Each will include a short film to introduce the main feature. The films included are:

Tribeca Shortlist charges $4.99 a month for 183 movies, with 14 curated shortlists (plus Fright Fest) of anywhere between four-to-10 films that are picked by filmmakers (like Jason Blum, of Blumhouse Productions) for their particular impact on their careers and general perspectives on the medium.

The films available on the service appear to rival the number of films that  you’d ever actually watch on Netflix each month, but all of them are good, so it’s not too bad of a deal. Plus the Fright Fest films can always be watched on Halloween night with the free, 14-day trial that Tribeca Shortlist offers, and then cancelled afterward. Except we all know that you’ll never get around to actually cancelling it.

Look it’s a cheap and good service, so it’s worth the risk of accidentally paying its monthly fee.