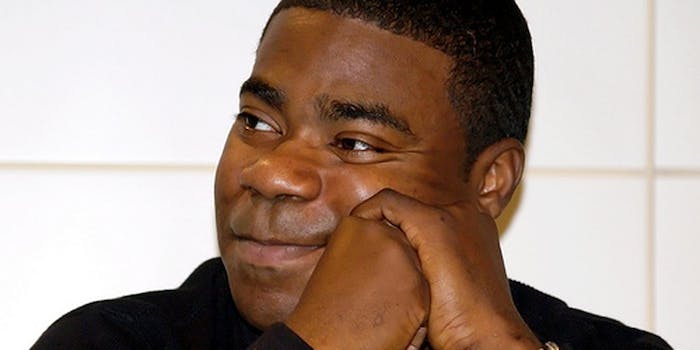 ‘Exclusive’ videos about Tracy Morgan on Facebook are a scam

They’re spreading fake videos on Facebook claiming that the comedian most famous for his work on Saturday Night Live and 30 Rock has succumbed to injuries from his six-vehicle traffic accident earlier this month, Malware Bytes reports.

In this case, scammers hope you click the link titled “[Death Video] R.I.P. Tracy Morgan died few minutes ago in hospital” that will redirect your browser and try to install malware on your computer.

Hackers use almost every major news event to set up similar traps for unsuspecting victims.

Last year, the birth of Prince George was another major story in which hackers set up “watering hole” traps and waited for curious news readers to come to them. In that case, enticing headlines like “#RoyalBabyBoy – Exclusive Pics!” led to viruses that infected victims and stole sensitive bank information.

More events like the Super Bowl, Osama Bin Laden’s death, the Boston Marathon bombing, and the election of Pope Francis were similarly utilized by hackers to push links promising “exclusive” and “new” videos to legions of click-happy Web surfers.

For the record, Tracy Morgan is doing well.