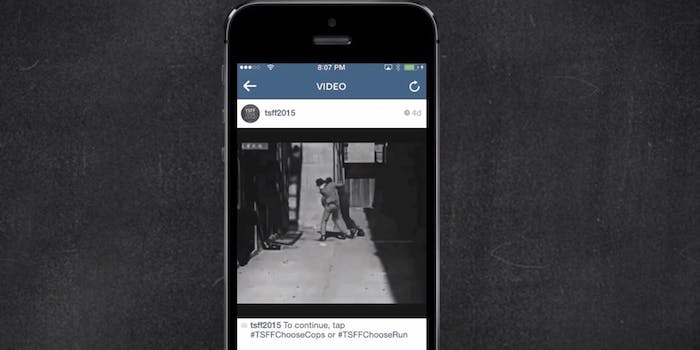 When your medium is the silent film, you have to do something pretty loud to get millennials’ attention.

That’s why the Toronto Silent Film Festival turned to Instagram and an interactive choose-your-own-adventure game to drum up excitement for a festival featuring vintage films.

The festival’s agency, Red Lion Canada, uploaded 15-second bits from several festival projects to Instagram, linking the clips together with hashtags that move people through the action.

In the end, everyone gets his or her own combination of experiences from different silent films, creating a modern-day mashup with the most vintage of videos.