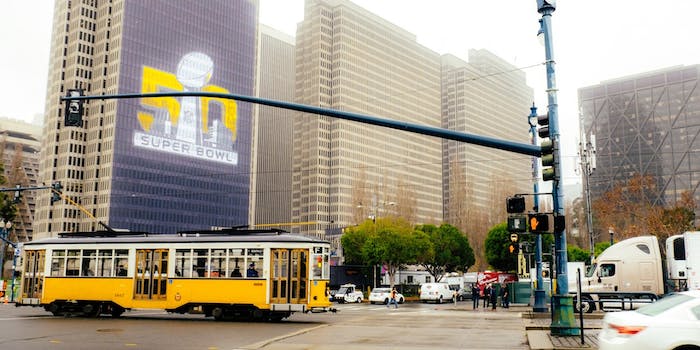 Arm yourself with all the information.

Super Bowl week is upon us, and while the Panthers and Broncos continue preparations for their matchup this Sunday, it’s also time for you to arm yourself with all the information you could possibly need. Whether it’s so you can make the right kinds of gambling decisions this week or whether it’s because you want to be the annoying dude who knows everything about everything, knowledge—and the knowledge of where to find that knowledge—is power.

Zack de la Rocha said that once, so it’s safe to assume that it’s true. And that’s why Twitter is so important this year. Sure, any old idiot can fill your head with observations that might or might not matter, but the people listed below are the true power brokers who can give you all the data you’ll crave.

Some of these accounts are entertaining, some are great tools for following the storylines and news of the week, and some probably will make you think about life in a different way. But all are accounts you should follow this week and beyond.

Presenting, in no particular order, the top 10 Twitter accounts that will get you through the week of Super Bowl 50.

Will Carroll’s Twitter bio states: “I write about injuries.” And that’s pretty much what he does. Carroll isn’t a doctor and he doesn’t attempt to play one online. Instead, Carroll—who has written for Sports Illustrated, Bleacher Report, and FanDuel—sees himself as a translator and an educator. “I teach you what a sprained ankle is, and you’ll understand it more and you can understand why your favorite player didn’t come back from it today,” Carroll told the Daily Dot last April. If you’re hungering to know about the injury status of Panthers linebacker Thomas Davis, Injury Expert is the place to go.

Quick plate of arm for Davis gives him best shot to play in SB, as pointed out to me by several docs. (Thx!) Will still need external prot.

Who would have guessed a bunch of British bloggers would make such an impact in the way we study and think about the game? Not many, most likely. But now, PFF works with 19 NFL teams and likely will gain more in the future as the website’s writers analyzes every game and every player in those contests. The info that comes from that work is delicious.

P Manning's time to throw ave is 2.34 secs. QBs facing CAR this season have averaged 2.73. Difference between fastest in NFL + among slowest

Spending 10 years in the NFL as a defensive tackle for the Jaguars and Texans, Payne—who now works in radio and on TV in the Houston market—certainly has the insider knowledge. But he’s also the funniest ex-player who’s on Twitter, and his ability to make us laugh while teaching us something can be a rare quality.

Trash talk goes way down in the extreme cold. You're more concerned about your own situation. Plus your tongue is numb.

You want to know everything there is to know about the officiating crews who work in the NFL? This account is the account for you. Considering every officiating call is under intense review and because every review can be seen by about 35,000 different camera angles, those who make the judgments that can help determine the game are under more scrutiny than ever before. This account, which also breaks more refereeing news than anybody else, does a nice job of cutting through all the controversy to explain a decision and tells us referee logistics that we didn’t know before.

When ball is punted out, the R "chops" a signal of the trajectory from the punt spot to the wing official. He walks sideline to align w/chop

If you’re an average football fan who doesn’t necessarily care about the intricate Xs and Os of the sport, you might not enjoy Bowen. But this guy knows his football. He spent seven years as a safety with four teams, and though many of his tweets are almost too technical for some to understand, his information and analysis is also so very interesting.

The former Packers vice president used to negotiate contracts and manage Green Bay’s salary cap, but now he’s an analyst for ESPN and Sports Illustrated where he discusses the ins and outs of what’s happening in the NFL and its teams’ front offices.

Ndamokung Suh's contract was negotiated to be renegotiated again this year. That's not a good thing; pushing out large charges.

The idea behind this account is simple: determine whether a team should go for it on fourth down, kick a field goal, or punt. Much of the time, teams do the opposite of what the bot believes is the most successful outcome, and much of the time, those teams are punished for it. As the New York Times writes, “To make its decision, NYT 4th Down Bot uses a model developed by Brian Burke, founder of AdvancedNFLStats.com. According to the model (and thus, according to NYT 4th Down Bot), coaches are much more conservative than they should be.”

Perhaps not the most uplifting of Twitter accounts, this is still important nonetheless, as it tweets about the most pressing issue facing the NFL and its future success. The reason this knowledge is so important: The NFL last week said that reported concussions rose 58 percent during the 2015 season with 182 after 115 in 2014, 148 in 2013, and 173 in 2012.

Football at the highest level is VIOlENT; however it's the hypocrisy of the sport that is comical and disturbing. "Safer than ever"™®©

If you love learning about the NFL’s history and how current-day games relates to that history, this Twitter account, run by Jon Zimmer in the NFL Communications office, is a goldmine. Are the tweets a little dry? Sure. Are the details inside those tweets fascinating? Absolutely.

Though he probably won’t be tweeting much this week, Broncos defensive coordinator Wade Phillips—formerly the head coach of the Cowboys whose father was coaching legend Bum Phillips (hence the Twitter handle)—is the best NFL coach at tweeting. He’s funny, self-deprecating, and knowledgeable, and if you’re a player who wasn’t given a job by him, you can have a Twitter conversation with Phillips about it. But forgive Phillips if he’s stingy with his tweets this week. He’s got to figure out a way for his defense—the best in the NFL this season, by the way—to help Denver win a Super Bowl.

Photo via Sonny Abesamis/Flickr (CC BY 2.0)