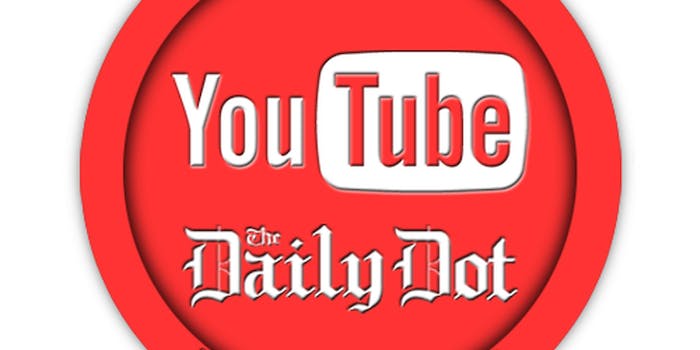 These 10 prominent users changed the conversation and helped push YouTube further into the mainstream eye than ever before.

It’s been said before but it’s never been more true: YouTube is indeed the new TV.

Just as cable dramas like Mad Men, Breaking Bad, and Boardwalk Empire have pushed the boundaries of primetime television, so too has YouTube experienced a major shift in the past year—spotlighting bold new programs, championing new personalities, and changing the very nature of storytelling.

Want comedy? YouTube’s got it. Dramas? Done. What about a show that stars Eliza Dushku and runs episodes lasting sometimes 15 minutes or more? YouTube has that too—tune into “The Leap Year”—and it’s actually pretty good.

The Google-owned company actually put in serious work this year to hone in on a newfound commitment to high-quality original programming, investing more than $100 million on 60 new channels, with subject matters ranging from geekdom culture on Chris Hardwick’s Nerdist channel to the hilarious shenanigans on Rob Barnett’s My Damn Channel.

The investment irked longtime partners, many of whom believed the company was turning a cold shoulder on the homegrown stars, but the company remained committed: In November, it announced another $60 million investment in original content.

Another sign of site’s shifting template was the rise of independent women, mastering a domain whose top 100 channels have long been dominated by men.

The course of YouTube’s calendar year, in fact, owes an unwavering debt to the Reply Girls, that springtime assembly of breasty bloggers who manipulated the site’s algorithms for pageviews and big money. The loosely affiliated group was so influential that Google actually changed the way in which YouTube’s view counts and suggested videos work. But Alejandrá Gaitan and company weren’t the only ladies to leave their mark on the massive video sharing site.

As our list of 2012’s most influential YouTubers helps illustrate, it was a banner year for women on the site. From Jenna Marbles and Amy Poehler to Felicia Day and Ashley Clements, women changed the conversation and helped push YouTube further into the mainstream eye than ever before.

In February, a rogue assembly of buxom video bloggers took to YouTube with a series of reply videos that would change the way the video-sharing site calculates and provides data forever. Known known as The Reply Girls, the group—which was unofficially fronted by Argentinian blogger Alejandrá Gaitan, who held the handle of The ReplyGirl—would manipulate site tags and post videos in which they talked somewhat aimlessly at their cameras while wearing revealing clothing. They became public enemy No. 1 among the YouTube brass, leading to a change in algorithms that determined view counts and widespread attempts to shut down the movement in general. The site’s done massive work to label Reply Girls as spam and effectively end their short reign atop the site, but YouTube moderators must always be on the lookout. As many have predicted, the Reply Girls are really here to stay.

Unknown in America as recently as July 14, K-pop rapper Psy is now quite literally the creator of the most watched YouTube video of all time. With “Gangnam Style,” the South Korean sensation became a household name throughout the world, generating more than 800 million views in half a year and bringing K-pop into the common American music conversation. Pretty soon, “Gangnam Style” should be the first video to ever top 1 billion views.

Though brothers Hank and John Green didn’t do much to push their popular Vlogbrothers channel anywhere that it hadn’t already been before, the longstanding and much beloved YouTubers were instrumental in helping bring YouTube further into the mainstream. That’s something the two handled through VidCon, YouTube’s unofficial but ever-growing annual conference in Los Angeles, which got so grandiose this summer that it had to move to the Anaheim Convention Center.

The brash comedian’s rapid ascent through the YouTube ranks continued this year as Jenna “Marbles” Mourey catapulted into the site’s Top 10 Most Subscribed list, making her the first woman in history to hold that distinction. Thanks to her rare ability to balance sex appeal with witty, accessible social commentary, Mourey’s videos have now been seen more than 858 million times, and her 4.8 million subscribers have her planted firmly in YouTube’s Top 5.

This summer, a California filmmaker published a trailer onto YouTube for a movie called Innocence of Muslims, an anti-Muslim film that painted the prophet Muhammad not as the hero he was but rather as a philander and pedophile. Reaction to the trailer was unlike anything YouTube had ever seen. By September, Innocence of Muslims was sparking riots and killings throughout the world, with YouTube getting banned in countries throughout the Middle East and beyond. Nakoula, who recently said that he regrets no part of the film’s production, is currently incarcerated on charges stemming from a 2010 bank fraud.

Rainn Wilson. Amy Poehler. Abby Elliott. John Lutz. Sue Galloway. Gilbert Godfrey. Harry Shearer. Everywhere you look, mainstream comedians are taking to YouTube and learning quite quickly that there’s a bevy of opportunity on the video-sharing network. Much of the migration has been in thanks to YouTube’s new commitment to original programming, which has rewarded channels like My Damn Channel and Broadway Video’s Above Average Network to bring primetime quality to anytime viewers.

With a gripping story that told the tale of Central African rebel Joseph Kony and his Lord’s Resistance Army and a firm understanding of the power of social channels, nonprofit group Invisible Children took over YouTube’s second quarter. The video exposed Kony as a human-rights violator and launched a massive online campaign that nearly brought justice tp a man who’s spent the past 30 years torturing civilians his region. Posted to YouTube March 5, “Kony 2012” now has more than 94 million views.

One video featuring five members of Russian feminist punk rock activist troupe Pussy Riot protesting the Orthodox Church and its support of President Vladimir Putin from the altar of Moscow’s Cathedral of Christ the Savior resulted in the arrest of three women and cast light on Russia’s stringent censorship laws in ways that few instances have been able to before. Nadezhda Tolokonnikova, Maria Alyokhina, and Yekaterina Samutsevich were each sentenced to two years in prison, but their efforts and actions will be heard worldwide for years to come.

In launching Geek & Sundry, a nerd-centric YouTube channel dedicated to all things delightfully dorky, longtime YouTuber Felicia Day simultaneously gave YouTube gaming enthusiasts a home and a primary source of entertainment. With The Guild, Day’s trademark show,” the 33-year-old actress leads a show that Forbes magazine predicted in April “could help blaze a trail for the future of network television” by proving” that programming designed for niche audiences makes more sense—and more money—on the Web than on cable.”

This hugely popular remake of Jane Austen’s Pride and Prejudice redefined the concept of transmedia storytelling, combining a rich, linear narrative with quirky, inherently likable skits. Produced by Hank Green and featuring direction from writer Bernie Su, the saga, now in its 34th week—with episodes on Monday and Friday—now boasts a fanbase of more than 112,000 subscribers.

Chris Hardwick: The geektastic comedian announced the launch of his Nerdist channel, an original content hub that includes programming from such big names as Bill Nye and Neil DeGrasse Tyson, this spring.

asapSCIENCE: In a matter of months, old friends Mitchell Moffit and Greg Brown turned their love of science into one of the most entertaining, informative, and impactful science-discovery shows on YouTube.

Daym Drops: Thanks to Daymon Patterson and his series of fast-food reviews, we may never look at a 5 Guys Burgers and Fries the same ever again.

Devin Graham: The young director spent the past year redefining the visual standard for YouTube clips through his SuperTramp channel, a high-octane adventure highlight reel.

Janet Liang: Janet Liang’s fight against leukemia went massively public last winter when the California resident took to YouTube to look for a bone marrow donor. She eventually found one in August but never made it through her surgery, passing in Houston in mid-September.

Gregory Brothers: The AutoTune the News crew’s mastery of standard news spoofing set the precedent for election cycle coverage, like this Motown remake of the presidential town hall debate.

Symphony of Science: Mashup maestro John Boswell’s repeated work with PBS made evident the fact that YouTubers now have a place in mainstream media.

Will Hyde: The longtime YouTube reporter split with his Will of DC show this summer, leaving a big hole in the community’s meta news coverage.