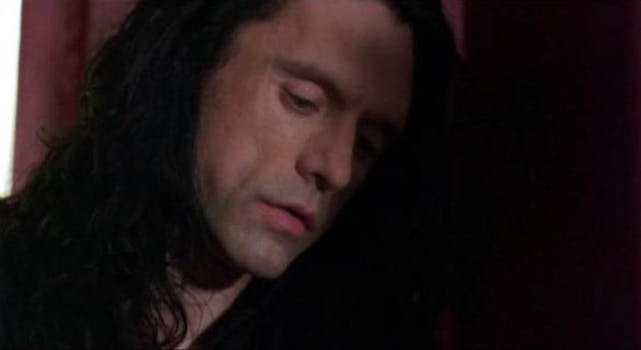 He should've left his stupid comments in his pocket.

When one thinks of people who have weathered the storm of negative public opinion, The Room auteur/noted Croatian cyborg Tommy Wiseau springs to mind. Yet although Wiseau is on the bottom of the Hollywood totem pole, to say the least, he apparently still believes he’s superior to one class of human: Sex workers.

At least, that was the impression adult performer and (most likely former) The Room fan April O’Neil got when she recently met Wiseau, when a friend asked her to appear as his love interest in a short film he was working on. At first, everything seemed kosher, albeit a little weird, as she recounted on her Tumblr, Hey It’s April (NSFW):

When she got back from lunch, however, things quickly went south:

Although O’Neil says she pretended not to be hurt by Wiseau’s dismissal of her, she says the situation was incredibly uncomfortable; and that it made her feel “disrespected” and “like I’m some sort of subpar human being.”

In the end, she writes,”I wasted a good portion of my day to go play a character in a movie opposite someone who I was very excited to meet and work with only to be disrespected and made to feel terrible by that person.”

The worst part is, Wiseau wouldn’t even deign to come out of his dressing room to talk to her: “He hid in his dressing room, wouldn’t apologize to me, and when confronted by my friend about it all, he couldn’t complete full sentences and fielded everything to his manager who also had nothing to say.”

So to recap, Wiseau is a) a terrible actor, b) a terrible writer/director, and c) a terrible person. You’re tearing us apart, Tommy.