Tom Hanks sent this fan a typewriter as a thank you

She more than deserved it.

Hanksgiving came a day early this year for one Tom Hanks fan when she received a gift from the actor himself—a Royal brand typewriter.

Artist Denise Esposito posted a photo of the typewriter and a letter signed by Hanks to Reddit on Wednesday.

The letter reads, “For your lovely book of sketches of—all—those MOVIES… here’s a typewriter to do with whatever you need… Make more art! And many thanks… Tom Hanks.” 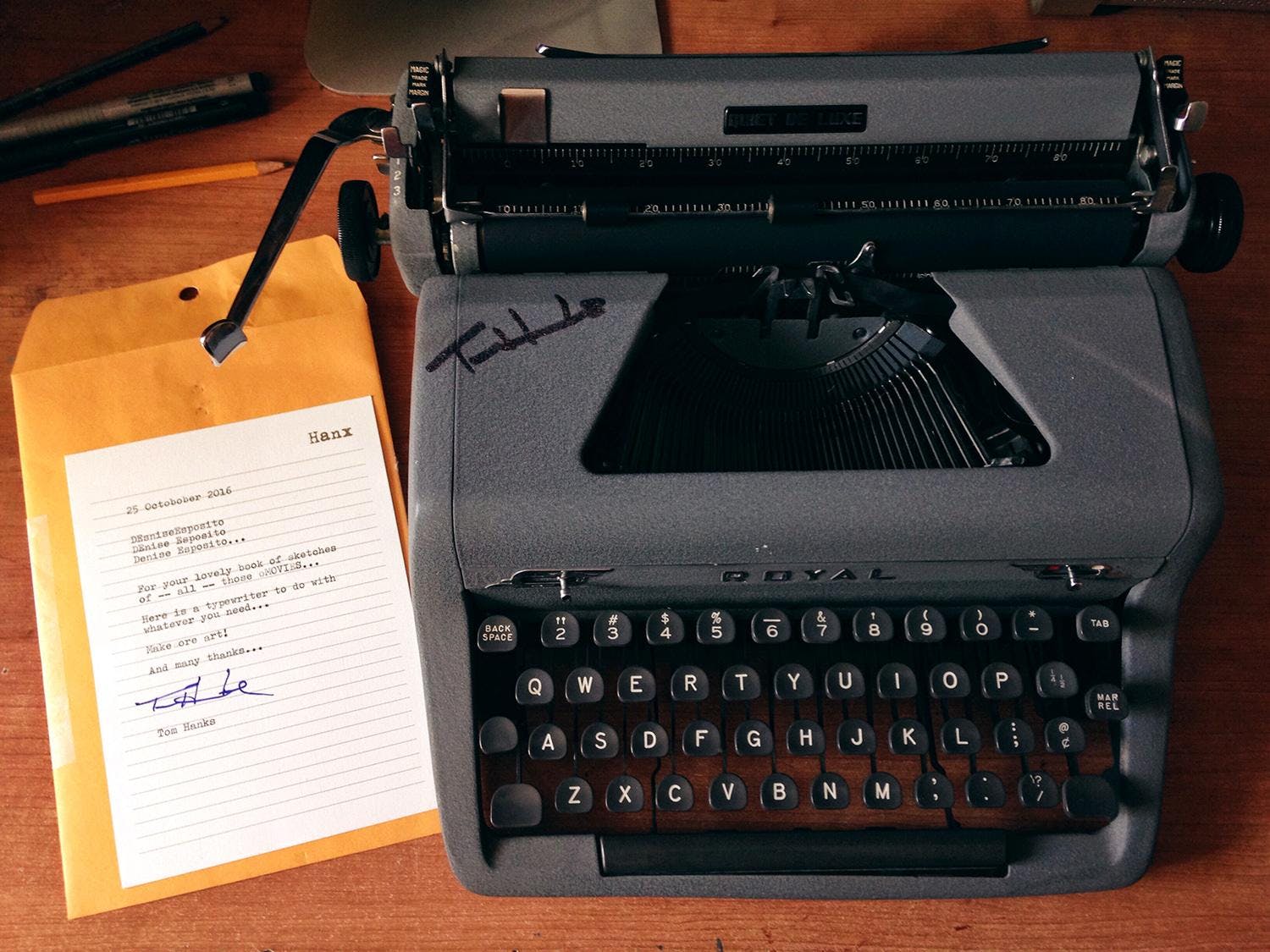 Esposito told LAist that she met Hanks at the Rome Film Festival in October, and gave his publicist a Moleskin book of sketches painted of each of his movies. The sketchbook took her three weeks to complete.

“I was like ‘OK, at least I’m sure he’ll receive it.’ And a few minutes later a guy called me saying that Tom Hanks just saw my sketchbook and wanted to meet me! I couldn’t believe it and nearly started to cry,” Esposito said.

Dreams come true! Thank you @tomhanks for being such a wonderful guy! ❤️Here's what he called "the proof for the internet!" #tomhanks #omg #imcrying

Esposito said Hanks, a typewriter collector, told her, “I will send you a typewriter! I’ve got many and I’d love for you to have one.”

Esposito’s Hanksgiving miracle is definitely one for the books.