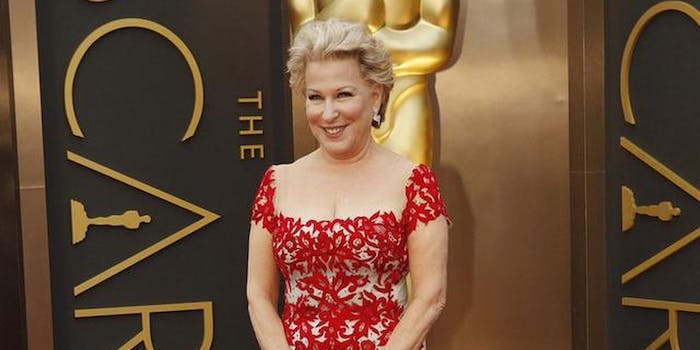 Midler has a new girl-group cover album out Nov. 4, titled It’s the Girls, featuring revisions of songs by the Andrews Sisters, the Shirelles, and the Shangri-Las. TLC appears to be the only non-’60s girl group covered here, but if you think about it, “Waterfalls” could easily have been a ‘60s hit.

Midler takes the heartstring-plucking to Beaches levels, and the song gets even heavier when you remember the late Lisa “Left Eye” Lopes wrote the song’s centerpiece—the rap interlude—while on leave from a rehab center.

If Midler does a follow-up girl-group album, she should definitely cover PTAF’s “Boss Ass Bitch.” I don’t know why it was left off.