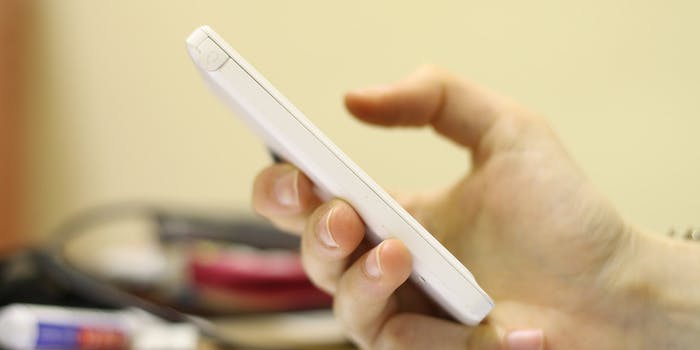 Swiping left or right used to be so much harder.

Brass Eye is a satirical British show from the ’90s that skewered everything from pedophilia to drugs to news media. It was brought to the masses by writer Charlie Brooker and creator Chris Morris, and if Brooker’s name sounds familiar, it’s because he’s also the creator of hit TV show Black Mirror.

One eagle-eyed redditor posted this clip from a 1997 “Sex” episode, positing that the show predicted how we’d utilize Tinder.

Of course, people were mentally swiping left and right way before touchscreens. But Morris and Brooker are quite prescient: They foresaw the current forever-bro tech culture back in the early aughts with Nathan Barley, and we’ve lost track of how many things Black Mirror‘s probably predicted.