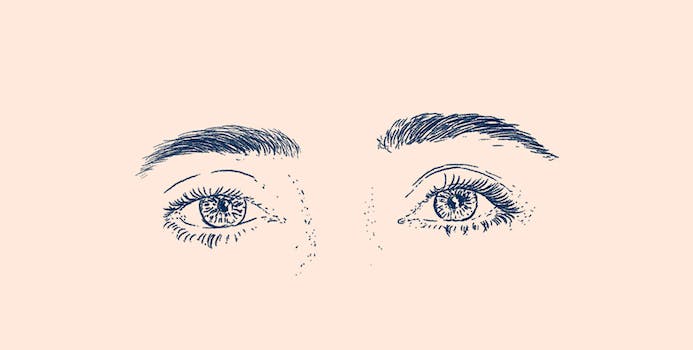 I took a podcasting class at Union Docs in Brooklyn, New York, last year. One of the clips we were asked to listen to ahead of the course was called “Movies in Your Head.” This 20-minute piece takes the space in one’s mind after they meet a potential romantic interest, and turns it into an audio drama about what that space can become. It blew me away (and won awards). The woman who created this audio, Kaitlin Prest (along with her very talented team), taught the course.

Over the next several months, I became obsessed with Prest’s work, listening to the entire backlist of The Heart, her ongoing project with PRX’s Radiotopia network. I eventually reviewed the show for the Daily Dot.

But The Heart hasn’t released a new episode since December. Turns out Prest and her team, which includes Senior Producer Phoebe Wang, editor Sharon Mashihi, and sound designer Shani Aviram, among others, were too busy with their latest project, The Shadows, which premiered in a binge drop last week from CBC.

The Shadows is a six-part audio drama that’s part love triangle, part slice of life, and part experimentation in point of view. The protagonist of the story, Kaitlin, is a hard-working but initially floundering puppeteer who spends her free time dressing up as a mermaid and busking (the mermaid outfit increases her revenue). She falls for a more successful puppeteer, Charlie, who’s battling his own issues in creativity, and who is able to help Kaitlin take her talents to the next level. Kaitlin eventually meets another love interest and is forced to decide between stability and romance. Along the way, we experience multiple points of view, including that of a sweater (which I’m told pre-empted Everything is Alive).

There’s a lot that can be said about the story, but it’s a refreshingly normal experiment in love. It took on a story that so many of us have experienced and didn’t turn it into something untenable. I spent a lot of my time listening on the edge of my seat, trying to talk Kaitlin out of her in-show decisions.

“It’s a struggle because I think storytelling really has a huge impact on the world and I wanted to be careful not to fall into these storytelling tropes that definitely have an effect on a listener or a reader or a viewer that make your heart beat faster,” Prest tells the Daily Dot. “I just feel like my expectations around love are so built on these climaxes… just trying to represent life is my mission and I really felt that making fiction was one step closer to getting more truthful.”

In other words, she wants to tell a new kind of story—one that’s more true to life.

The Canadian Broadcasting Corporation (CBC) signed on. This was a departure from her previous work with PRX’s Radiotopia network of independent producers, but it was also a departure from the tradition of owning her own work. It was also the first radio drama the CBC has published in many years.

Prest says that Leslie Merklinger, Head of CBC Podcasts, is trying to bring CBC digital into the present moment of podcasting by pursuing the medium with more resources. We’re seeing instances of terrestrial radio moving into podcasts, and the institutional knowledge from legacy audio veterans mixed with the ideas of the next generation is really beginning to show powerful results.

And if the transition in the genre wasn’t enough, Prest has also been orchestrating an odd and weirdly endearing email campaign to drive new listeners: Back in June, I began receiving emails like this one. I was vaguely aware that this was some kind of marketing initiative for her new show since I follow The Heart on social media. It was a Shadows Easter egg for listeners who make it to episode 4.

According to most industry experts, the podcast industry is growing in listenership, revenue, and popularity. There are several examples of pitfalls recently, but all told, the industry seems to be thriving. This month alone, we’ve seen the Blockbuster releases of Serial season 3, Wondery’s Dr. Death, and the New York Times has launched a national media campaign for The Daily that includes television and billboard ads.

But Prest isn’t worried about saturated markets or revenue streams. The Shadows is a different kind of podcast.

“This show appeals to a completely different audio palette than Serial or Dr. Death or really any other show out there. It’s one that doesn’t get tackled very often. Radio rom-com (with a subversive edge), I think, is an untapped genre and will attract a completely different audience. (Or even the exact same audience that’s in the mood for something else after a true-crime binge.)”

At Podcast Movement, one of the biggest podcast conferences in the country, Tom Webster of Edison Research recently asked the question, “where does podcasting go next?” He was insinuating that since other mediums like television, film, music, and radio have programming that appeals to a huge number of different audiences, podcasting needs to follow suit. And though podcasting is seeing more audio dramas, most of these dramas are still inhabiting the world of science fiction, fantasy, and horror. It’s not very often that a radio playgrounds itself in real-world emotions and experiences like love and relationships—Prest could very well become the Noah Baumbach of podcasts.