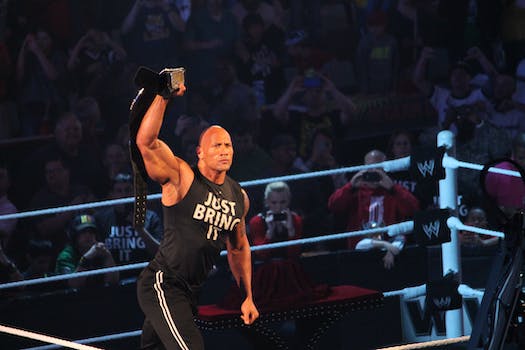 You'll sob right into your breakfast.

Dwayne ‘The Rock’ Johnson may have upped the ante when it comes to Mother’s Day tributes.

Johnson has had a long tradition of honoring the strong women on his life on Instagram (just check out this recent photo that honored his grandmother), and told the world about his mother after she survived a horrifying car accident back in August. For this year’s Mother’s Day, he shared a photo of his mom along with a heartwarming story.

Johnson and his mom were traveling Sunday when she realized just how far her family had come. She used to struggle with buying groceries for her family, but now someone had served breakfast right to her.

“This is the woman who—when I was 14 years old, we were evicted out of our apartment in Hawaii ’cause we couldn’t afford the $180 per week rent,” he wrote. “At this moment, I’m shaking my head and smiling quietly (as my mom blows her nose;) ’cause she just told me she’s happy. And y’all know when our parents tell us they’re happy, it’s so satisfying for us, ’cause it means we’ve done a good job for them as their kids.”

Cool Mother's Day story.. early am flight and I'm sittin' across from my mom when out of the blue she looks around the plane, then looks at me and says "Son, I can't believe the life I have.. grandma and grandpa would be so proud." I asked her, "Are you happy ma?". Just then the flight attendant placed my moms breakfast down on the table and my mom said to me, "Am I happy?.. I used to worry about how I was going to buy groceries for us and now I just had my breakfast placed down in front of me". She bursts into tears and says "Yes, son I couldn't be happier". This is the woman who when I was 14yrs old we were evicted out of our apartment in Hawaii 'cause we couldn't afford the $180 per week rent. At this moment Im shaking my head and smiling quietly (as my mom blows her nose;) 'cause she just told me she's happy. And y'all know when our parents tell us they're happy, its so satisfying for us, 'cause it means we've done a good job for them as their kids. Happy Mother's Day to all the deserving amazing mamas out there. And Happy Mother's Day to my amazing mom who will no doubt kill me for posting this crying pic. #EnjoyBreakfastMom #GratefulTears #TryNotCryInTheEggs

If that doesn’t also have you sobbing into your breakfast, we don’t know what will.