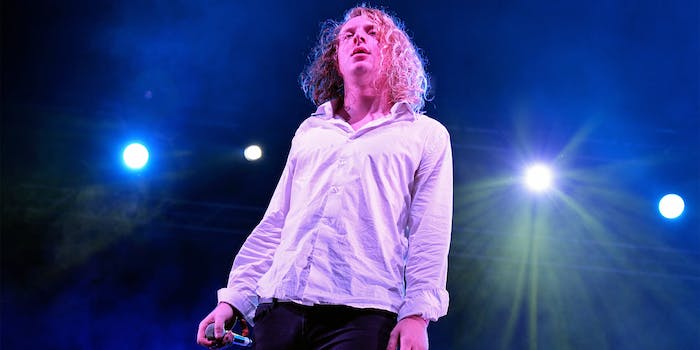 The band denies the secondhand accounts, though it's canceled a concert.

Chicago punk band the Orwells, which came into national prominence during a 2014 Late Show appearance, has canceled a hometown show following a Reddit-amplified Google Doc that alleges three of its members have engaged in sexual misconduct, including rape and abuse.

The document began circulating last night, and the band responded today with a statement denying the allegations but added that it would scrap the gig “out of respect” for friends.

“While callow altercations and vulgar language we’ve used in the past must be recognized and owned up to, the accusations of sexual assault are completely unfounded,” the band wrote as rumors against Mario Cuomo, Henry Brinner, and Grant Brinner made it online.

The Google Doc is written from an apparent former fan who is about 20 years old and contains accounts of rape. It also claims that Cuomo sent this person unsolicited nudes when they were 17. It posts screengrabs of similar accounts from people who say that Cuomo is a sexual predator and targets teen fans. Other accounts posted in the doc say that the Brinners are rapists, too.

Other accusations mentioned: fighting with bouncers, throwing objects at the crowd during a loud song, and singing with violent lyrics. Cuomo is also called out for using homophobic language and offensive slang like “ghetto.”

The music industry has yet to have a #Me Too-inspired turning point like the ones that swept Hollywood and comedy in October. Despite reports of systemic abuse by men in power like record label mogul and network TV star Charlie Walk or by singers of cult bands like Brand New, little has changed. This year at SXSW, a “sexual misconduct in the music industry” panel noted that in music, relative to movies, the public celebrates the bad boy behavior of rock stars, work happens late and backstage without an HR department present, and the inherent power structure of bands and managers is inherently compromised.

Update 8:41am CT, Aug. 30: The band broke up on Wednesday, via a Facebook post that just read “The Orwells have disbanded”.