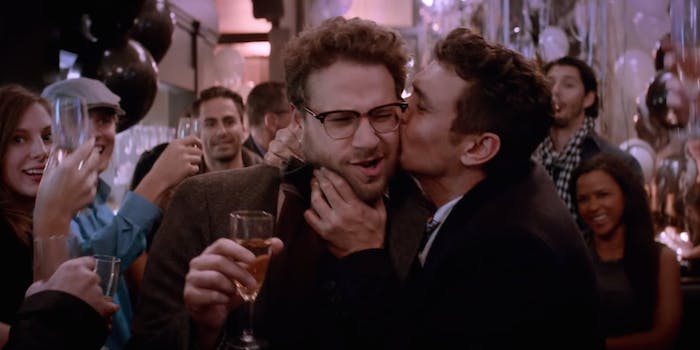 Where will it land?

Sony shelved the release of The Interview last week, but unnamed sources told the New York Post on Sunday that the film will end up on Crackle, Sony’s streaming service, for free.

Sony CEO Michael Lynton said last week that he really wants people to see the film and Sony lawyer David Boies told Meet the Press host Chuck Todd today that The Interview will be distributed, but he wasn’t sure how. YouTube was also mentioned as a possible distributor.

Interestingly, with only four days until its original Dec. 25 release date, the controversial film has achieved something no movie has done: a perfect 10 rating on IMDb. 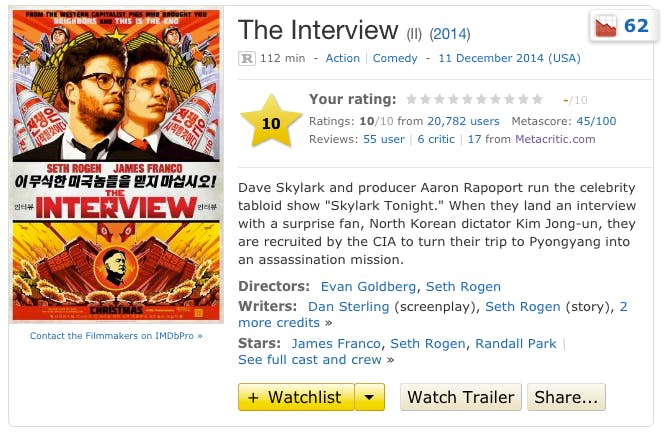 And the reviews for the film are overwhelming positive. It might not have been a contender to win an Oscar, but more people want to see it than ever. Reviews from the critics who managed to see it are mixed at best, but moviegoers are giving it all of the praise, some in protest. Since they can’t see it, how are they supposed to know how it actually is?

“Despite only watching the trailers, I am giving this film a 10/10 out of pure protest,” jmcd88 wrote in a 10-star review. “It’s such a shame to know that freedom of speech can be censored based off actions from another country. Was this movie offensive? Sure it was. In fact, it was offensive enough to where North Korea responded by mercilessly hacking Sony Pictures, but Sony themselves should not have let the North Korean government get to them.”

Prior to The Interview’s rise to the top of the IMDb charts, only the Breaking Bad episode “Ozymandias” achieved the honor in recent memory. It’s beating classic films on IMDb’s Top 250, such as The Shawshank Redemption, The Godfather, and The Dark Knight.

The Internet’s attempt to troll the movie rankings started and ended at IMDb. When looking at Rotten Tomatoes and Metacritic, two sites that rank movies and television with a combination of critic reviews (and sometimes user reviews), the numbers are a lot lower—and probably more accurate to what The Interview would have received had it been released in theaters on time. 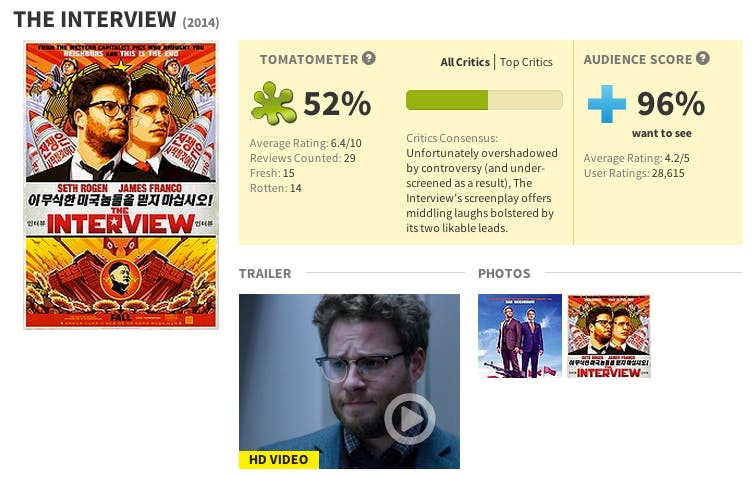