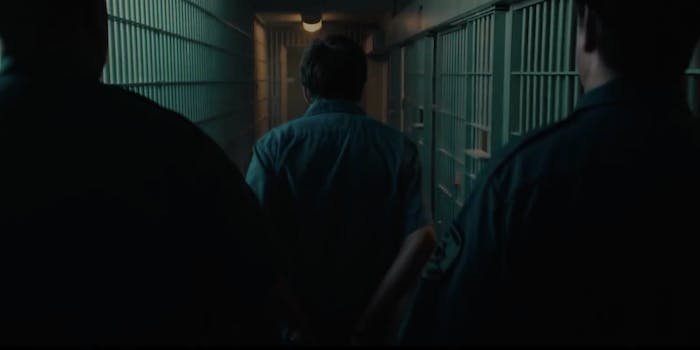 Because, yes, we needed one more, Netflix’s newest true crime documentary series The Innocent Man takes popular legal novelist John Grisham’s solitary work of non-fiction from the page to the small screen. Although impressive in its specificity and a critical view into criminal justice failures, it ends up a much less compelling iteration of Making a Murderer.

Director Clay Tweel (Finders Keepers) uses Haraway’s 1984 disappearance—the focal point of Robert Mayer’s 1987 book, The Dreams of Ada—as a continuous indictment on the local authorities’ corruption. Two years later, authorities charged Tommy Ward and Karl Fontenot, known as local criminals, for her murder by way of corpus delicti, a rarely used jurisprudence resting on the principle that crime must be first proven before a defendant can be convicted of committing the crime in question. In similar fashion to the Carter case, doomed by devilish use of weak evidence, both men were subsequently sentenced to life imprisonment.

All of these facts should be compelling somehow, especially with Grisham and Mayer’s presence lending a stamp to the Tweel-directed series. There are the requisite reenactments and surprises—all of which you see coming a mile away, if only by the path set forth by Making a Murderer. But it doesn’t quite land because of what we don’t see.

The information within the film, as its bleary-eyed view into the vile nature of Ada’s smalltown sociopolitics, is confusingly laid out for the viewer. The intertwining of the victims’ stories become one big cancerous mass. Ada/Pontotoc County authorities become the supervillain, the convicted men, the simple and static tragic figures. The efforts of the Innocence Project and new DNA evidence already stepped in to free them, so what light is the documentary really shining here?

Another explicit problem in The Innocent Man is the curious characterization of small-town Oklahoma. After much lip service to economic disadvantage, etcetera, there’s no temperature taken amongst its residents. Even odder (or perhaps not) is an undiscussed case only noted in a postscript: Around the same period, Perry James Lott, an African-American man, was given a 200-year sentence for convictions ranging from rape to making bomb threats. There was no physical evidence placing Lott at the scene. In 2014, the Innocence Project (where Grisham has a board seat) ran tests on the victim’s rape kit, finding Lott’s DNA did not match. Maintaining his innocence from the beginning, Lott was finally released in 2018, after serving 30 years.

Lott’s unique case and conditions of his release (at least) rival the main stories in The Innocent Man. In fact, given the details, it would’ve been beneficial for Tweel to put it to good use, creating the nuance the series lacked.