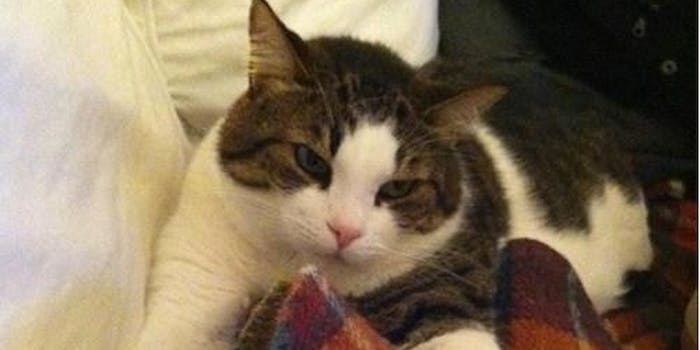 The Hater: No LOLing at work here

Another day, another Bravo show for the Hater to take down.

A few weeks ago, LOLWork—the show about Ben Huh’s Cheezburger empire—premiered on the only channel of national cultural importance, Bravo.

Set in a dreary Seattle office that closely resembles a used car office, the show follows a group of pasty people with the maturity and skill set of six year olds. But I don’t want to offend any six year olds out there reading this for homework.

To describe the show’s premise is difficult. I faced a similar struggle a few weeks ago when I lifecasted my feelings about Bravo’s other Internet-related (and egregiously titled) melodrama Start-ups: Silicon Valley. I had the advantage there, though, in that Start-ups at least created a false illusion of plot points, with all the B-roll of San Francisco and the Gallery Girls-like soundtrack.

That show faked doing real things, like talking with fake investors to invest in their fake mobile apps that would help solve fake problems. The show’s so-bad-it’s-good premise made it easy to blackout and ramble on.

But LOLWork suffers from just being entirely fake. It’s a depressing knock-off of The Office, complete with confessionals, meetings and banter. Only with cats. It lacks the authenticity to be believable, and it isn’t funny enough to make it worth-watching. It also looks explicitly scripted, more so than your average Bravo fare of high-brow yet deliciously tasty escapism.

The employees mouth their lines worse than that Saturday Night Live episode hosted by January Jones; the plot points are not so much predictable as they are mundane; and the cast’s personalities make Gwyneth Paltrow the most interesting woman in the world.

That horrible, abysmal cast! Each one has a title, like “Content Editor” or “Production Manager,” that suits their equally monotonous personalities. Clearly suffering from anemia (or maybe that’s how everyone from Seattle looks), listening to this socially inept group of content managers is the worst. They don’t say anything ditzy, they aren’t funny, and a lot of them actually look traumatized, as if they walked in on their parents having sex when they were younger and could never shake the image.

I don’t know what’s wrong with the rest, but the only passable one is Will. He’s the office’s hater. He actually looks like he’s about to stab someone there. Also, he’s the only quotable employee that show has. He’s not spewing out lines of gold like Start-up Sarah “I’m the white Oprah” Austin is, but his disdain for his employees matches the level I have for this show, which is pleasing.

Bravo has perfected the mold of creating series that revolve around the delusionally stupid and the fantastically opulent. And its shows climax in the occasionally gratifying table flippings and hair tuggings. Watching the cocksure Way siblings from Start-ups get shut-down in their pitch meeting? Satisfying! But watching the Cheezburger staffers disagree over a cat picture? Boring.